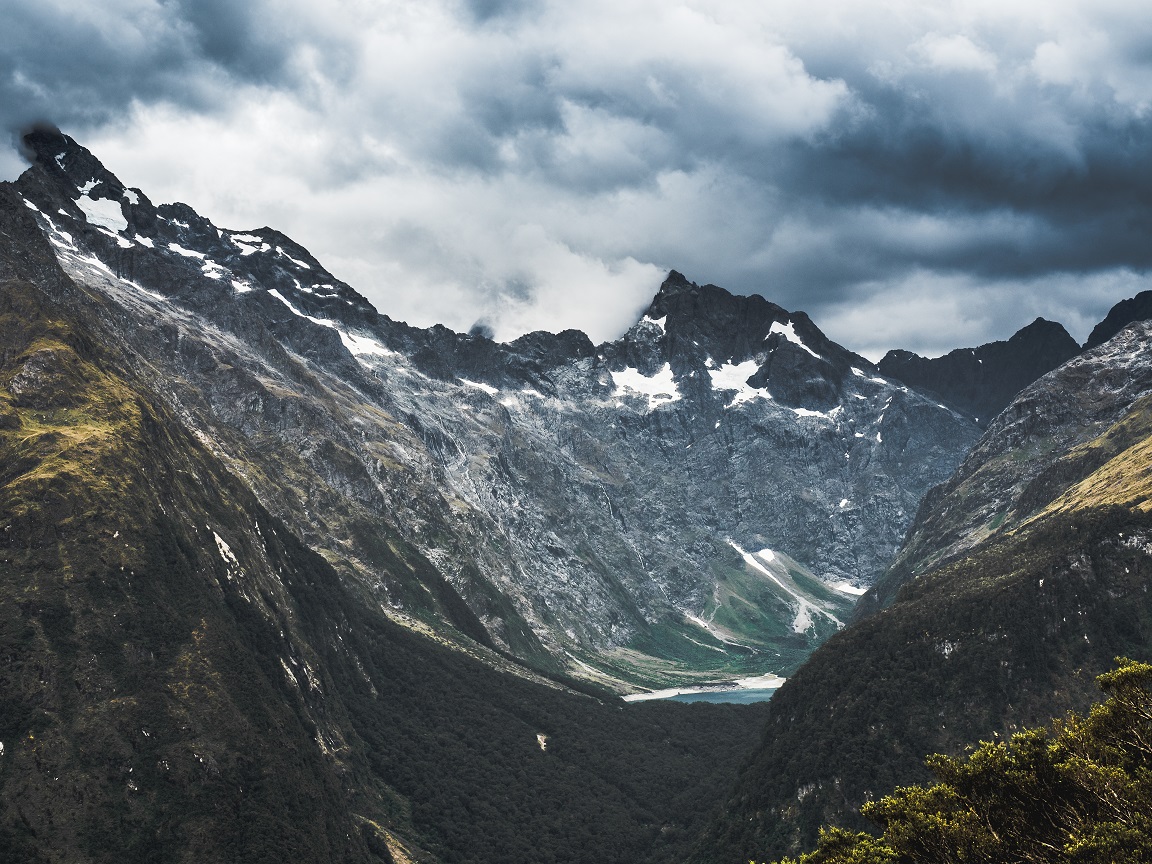 Kia ora friend, and welcome to New Zealand – home to Kiwis (people, birds and fruits), Hobbits and the legendary All Blacks. If you’re here, my guess is you are about to embark on a journey to New Zealand or you may just be curious about this beautiful land of diversity. In any case, I hope you’ll find plenty of interesting and useful things to know about ‘The Land of the Long White Cloud’. After all, there are so much more than ‘just’ ‘The Lord of the Rings’. 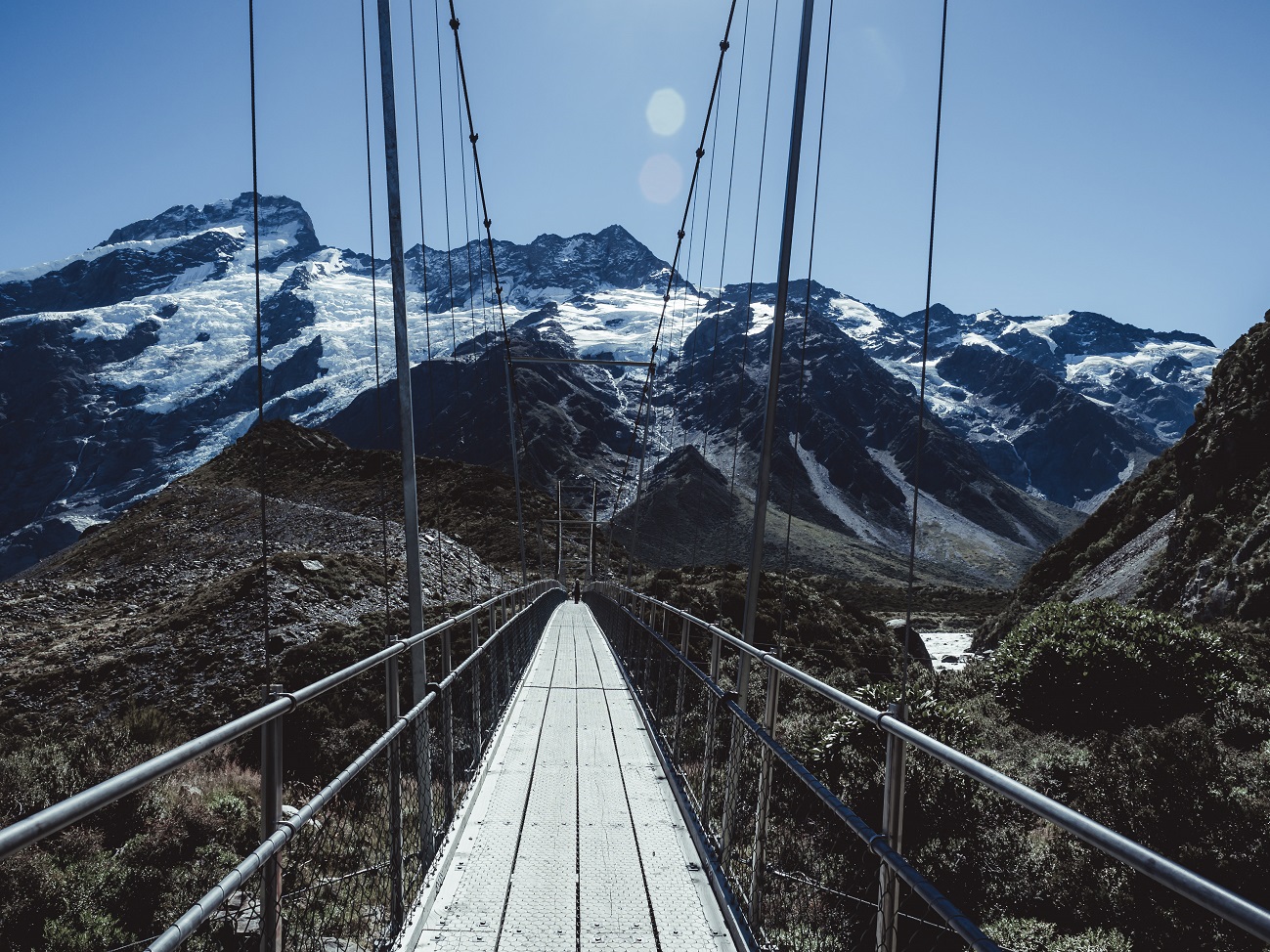 First of all, there are just so many useful, interesting things about New Zealand that I wish to share with you, I simply couldn’t fit it all in one post. Therefore, I’ve decided to start a series and keeping it as short as possible to provide a broad overview of one or two topics in one article. However, I’d really love to hear from you regarding what topics you are most interested in for future blog posts. Or in case you would like me to discuss some topics more in depth. So please leave your comments, questions and requests below in the comment section, send us a message or reach out via Facebook and Instagram as any feedback from you is so rewarding. But enough for now, let’s begin with the introduction to New Zealand’s geography and landscapes! 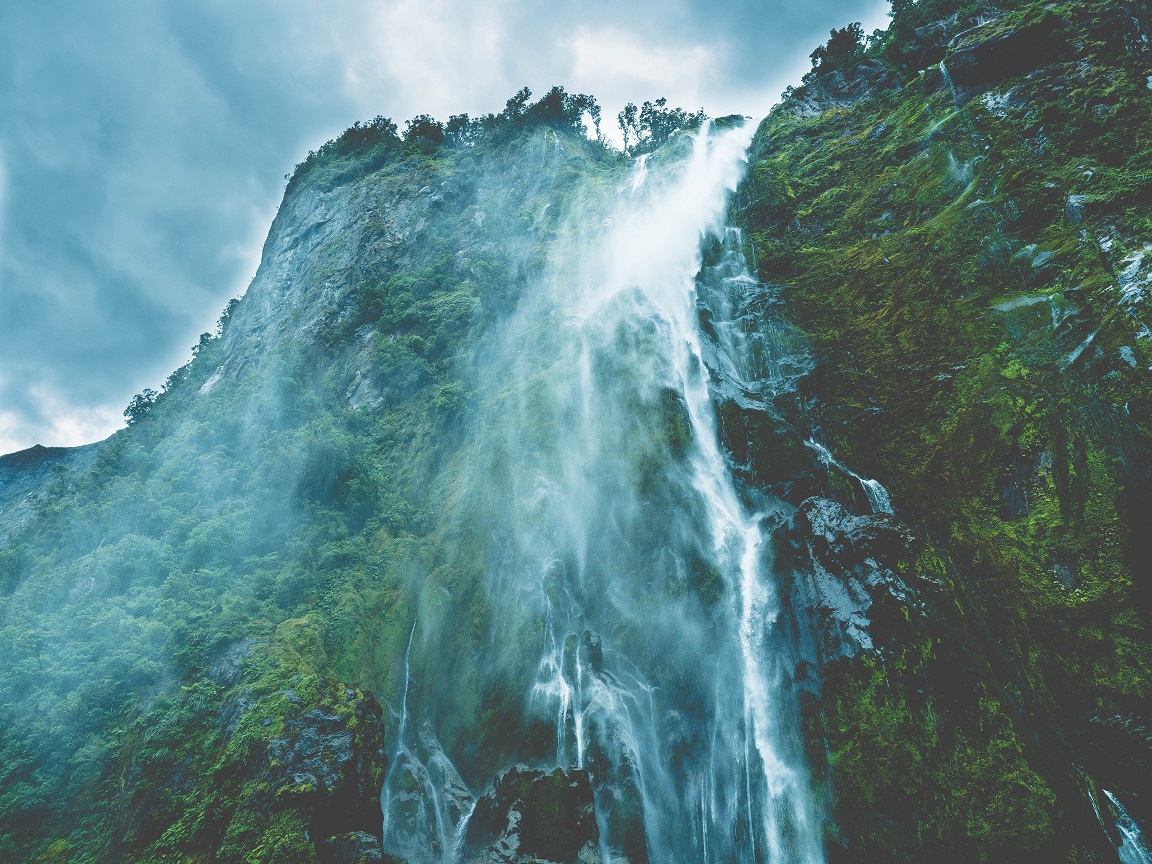 During the cruise at Milford Sound, we got so close we even got wet. But I’d prefer kayaking next time instead of a cruise as I like more active adventures.

Geography and Landscapes of New Zealand

New Zealand is an island country located in the south-western Pacific Ocean far from everything else, as its closest neighbor – Australia – lays around 1,700 km (1056 miles) away. New Zealand mainly consists of two big islands – the North Island and the South Island that are separated by the Cook Strait and a third smaller Stewart Island, which is located 30 km south of the South Island.

Stewart Island is third by the size, however, has only around 400 inhabitants and mostly remains intact. Therefore, it greatly resembles how most of New Zealand looked like before European settlers came along. There are also plenty of other small and even uninhabited islands scattered all around the three main ones, which all together make up the territory of approx. 267,710 km². Even though it is bigger in territory than the United Kingdom, New Zealand has only ~4,7 million inhabitants in comparison to 66,6 million in the UK (2018 statistics). 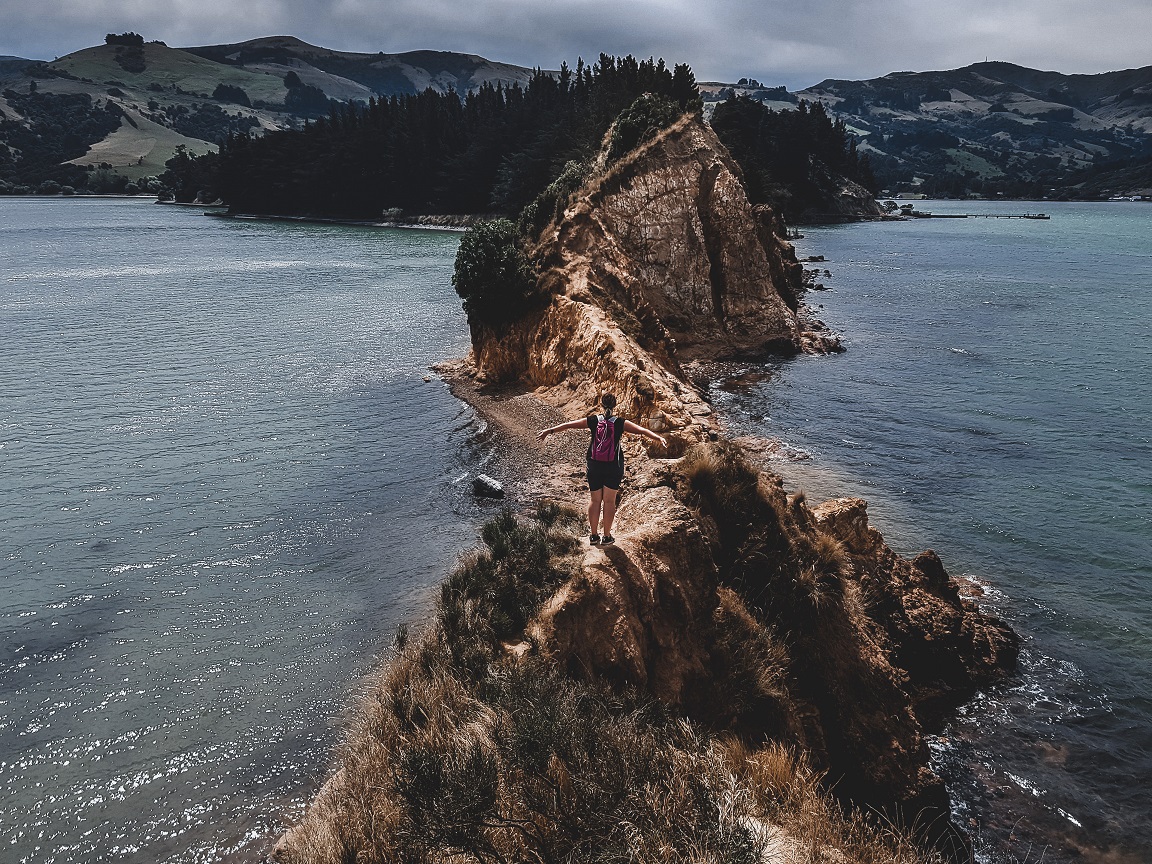 Running on the ‘blade’ of the Onawe Peninsula in Akaroa harbor. It actually is of volcanic origin and peninsula extends to what used to be the center of the volcano crater! By the way, it is an incredible spot to go for a swimming with the dolphins’ tour!

The land of many faces

Being so far away from everything else, it’s not a cheap country to travel to or from for holiday destination. Despite the latter, photographers, videographers, and travelers from all around the world are coming here all year long. After all, it is hard to resist its stunning glaciers, rugged mountain ranges, breathtaking fiords, volcanic plateau, rainforests and miles and miles of incredible coastline New Zealand has to offer. No wonder it has been named the most photogenic country in the world multiple times. 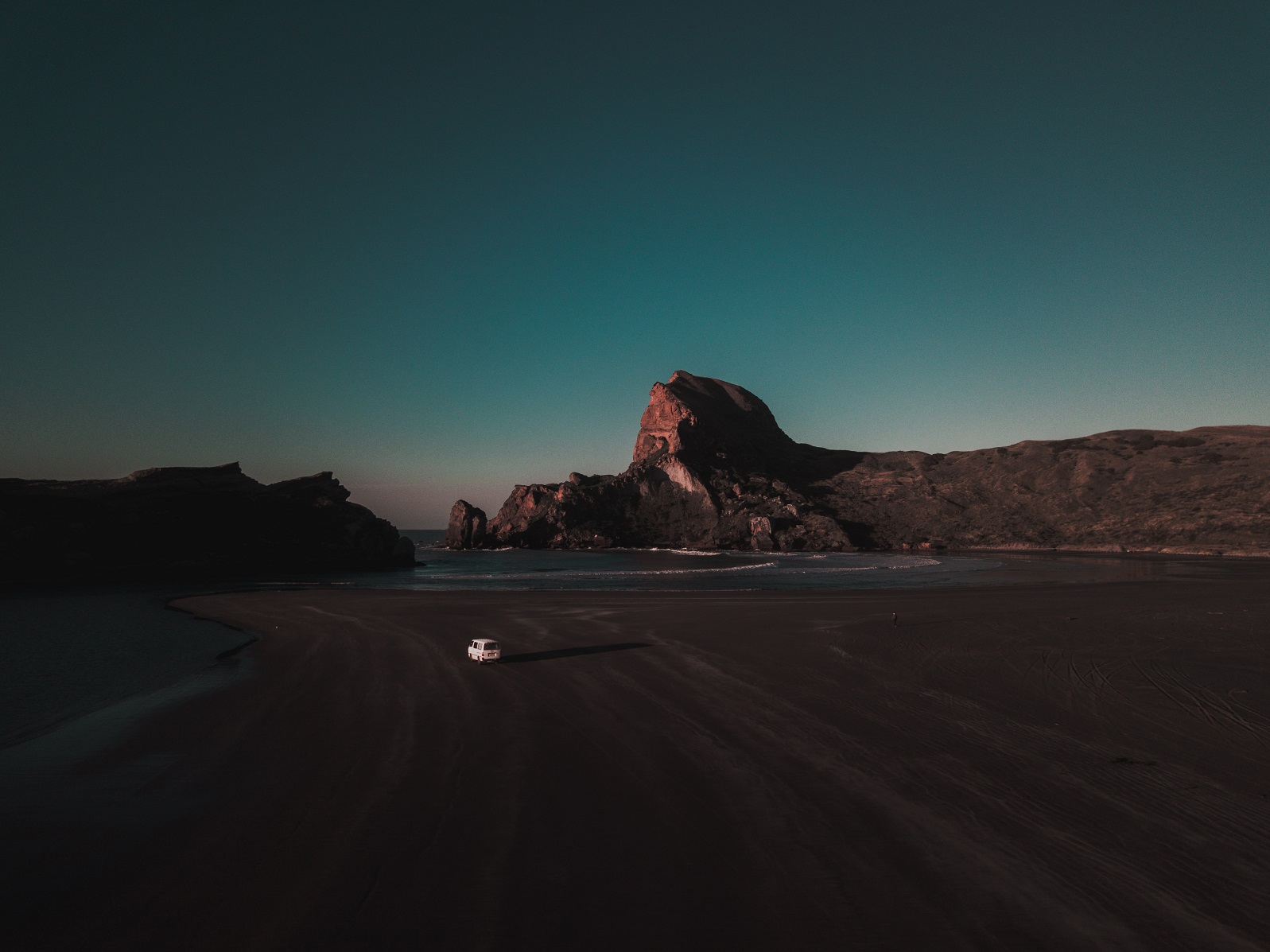 Take a ride on the wild side! Sunrise at Castlepoint beach.

New Zealand’s unique landscape is mainly the result of it sitting on top of where two tectonic plates meet. Not only this formed the beautiful mountain ranges (which are still growing by the way) and unique geothermal areas (like Rotorua) but is also a reason for the constant geological activity. It is both – a blessing and a curse. While Kiwis and visitors are happy to enjoy the perks of unique geothermal landscapes, mud pools, geysers and natural hot streams, New Zealand also has to withstand many earthquakes. Even though earthquakes are happening here all the time, the majority of them you won’t even notice. However, they are something to be aware of as you never know when a major one can emerge. 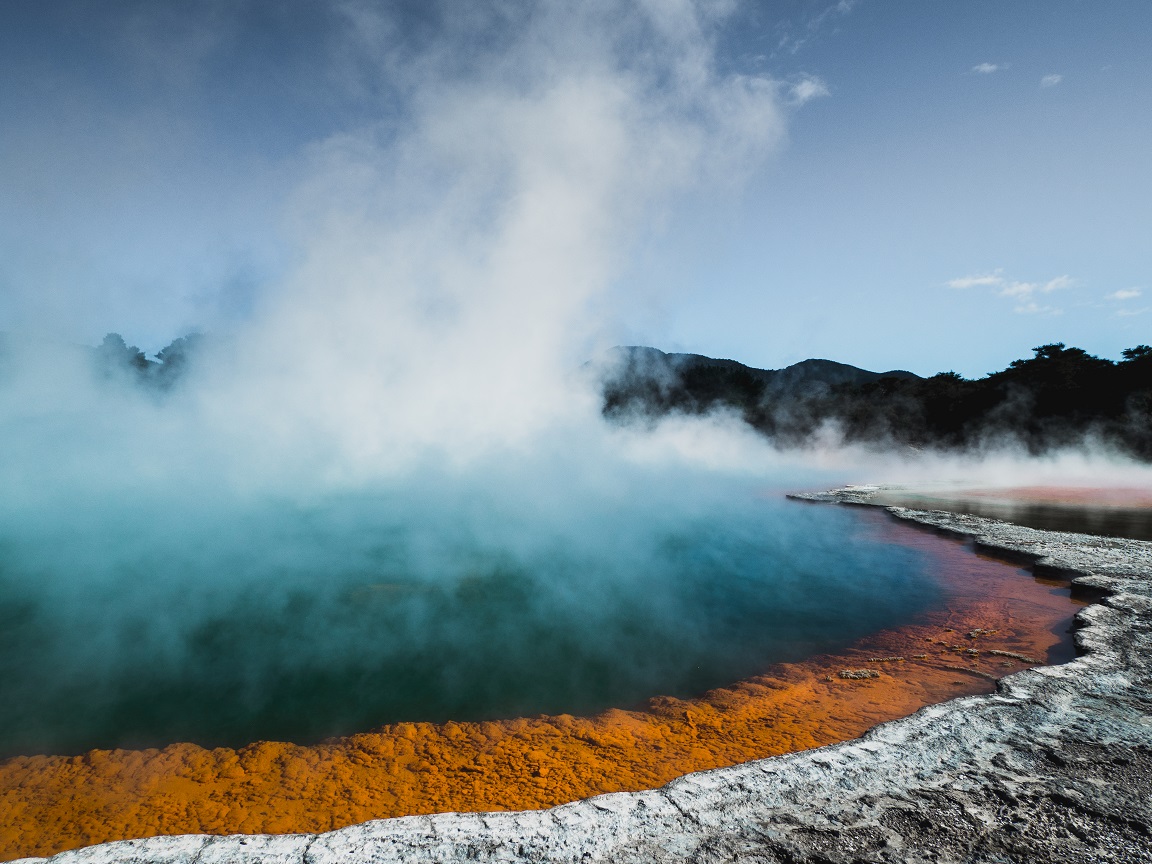 The incredible geothermal Champagne Pool at Wai-o-Tapu thermal park. Just 100 meters from the entrance to the park, there is a Hot’n’Cold stream under the bridge. It is a perfect spot to enjoy the thermal perks and unwind for free!

From peak to beach

I think it may be the only country in the world, where you can go skiing in the mountains and swimming in the ocean on the same day, just 50 km away. In fact, there is no place in New Zealand that would be more than 128 km away from the coast. Speaking of the coast, there are so many different stunning beaches – from moody and rocky such as Wharariki to white and perky Abel Tasman and the glorious 90-mile beach that is so fun to take a wild ride on with your car. 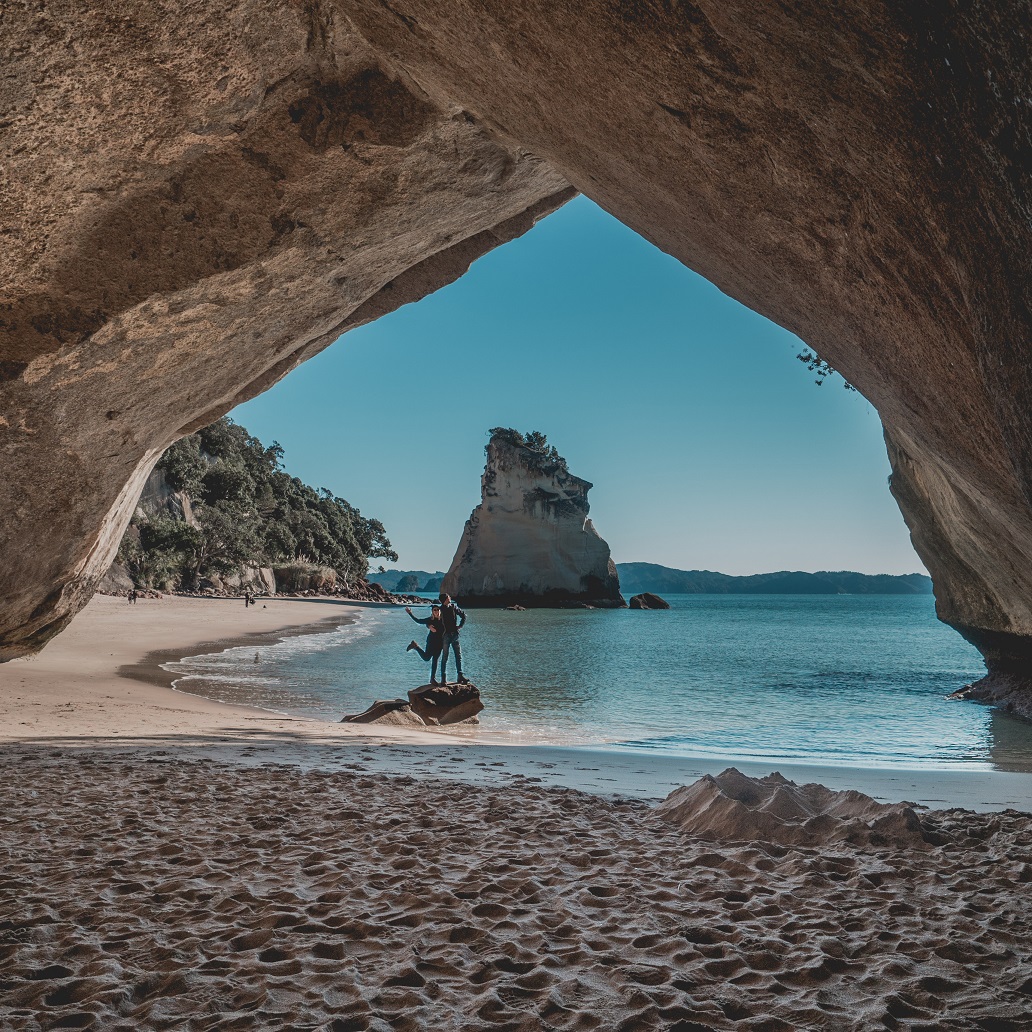 The iconic Cathedral Cove in Coromandel! You may recognize it from the Narnia movie! You can capture the iconic view only when taking a photo from the rightmost wall of the cave. Many never manage it shooting only from the center of the cave!

The land of first sunshine

If that’s not enough, did you know that New Zealand is the real country of the rising sun? Gisborne – the city on the East Coast of the North Island is actually the first city in the world to see the morning sunlight each day. That makes its ‘Rhythm and Vines’ festival a unique New Year destination for many wishing to be the first ones to see the first light of the year! 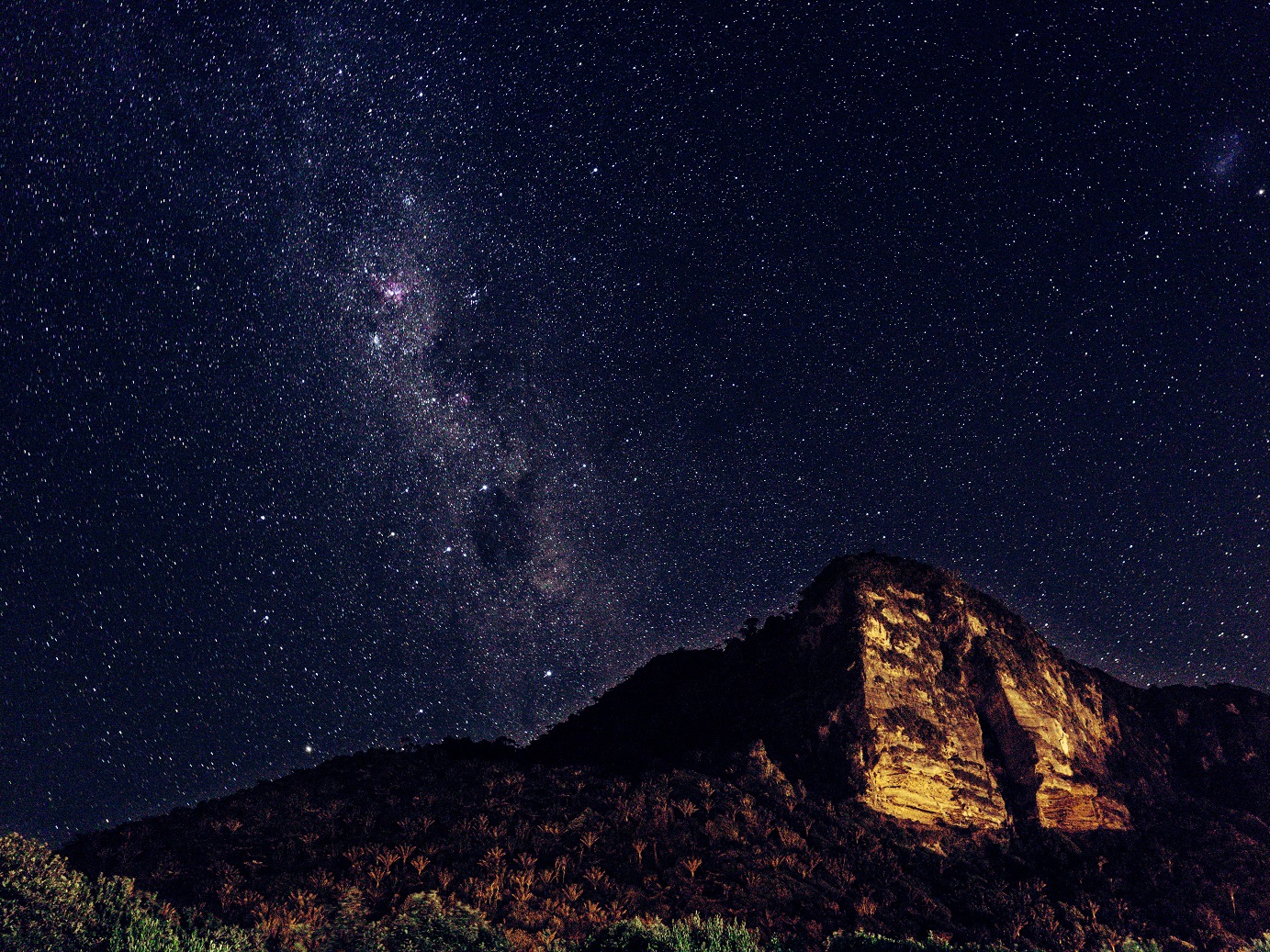 Beautiful night skies and the milky way from Punakaiki rocks. Yeah, Nah, New Zealand is one of the best places in the world for those into astrophotography!

Next time we’ll continue with New Zealand’s climate and the best time for visiting to suit your needs!

Found it interesting? Pin it for later! 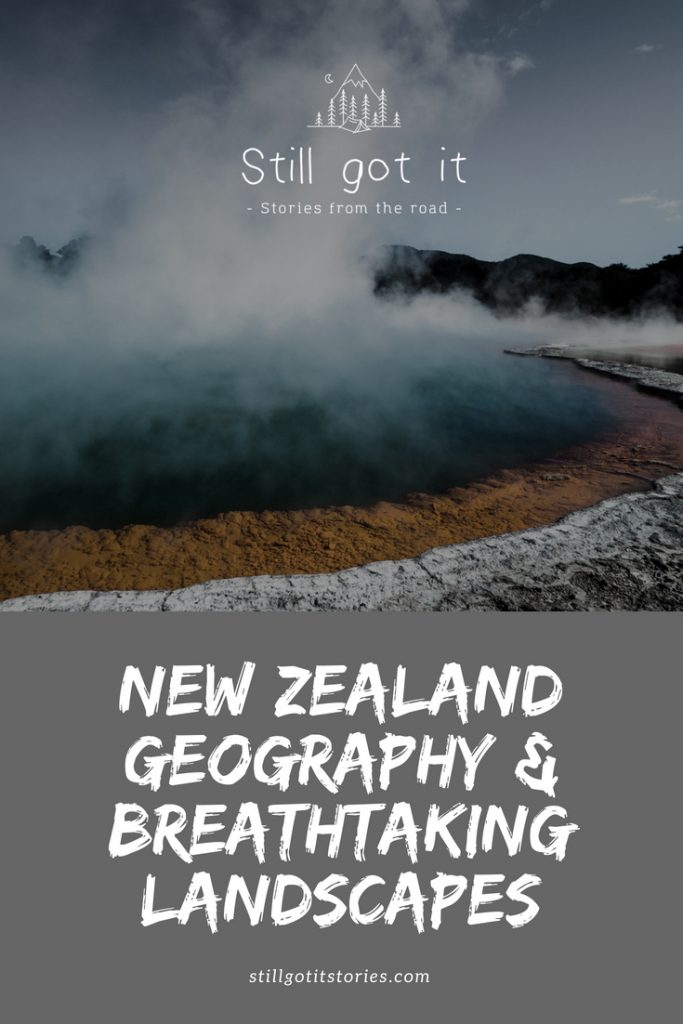 The magnificent Arthur’s Pass engagement or the story of the Ring, my precious

Why go on a Working Holiday in New Zealand?