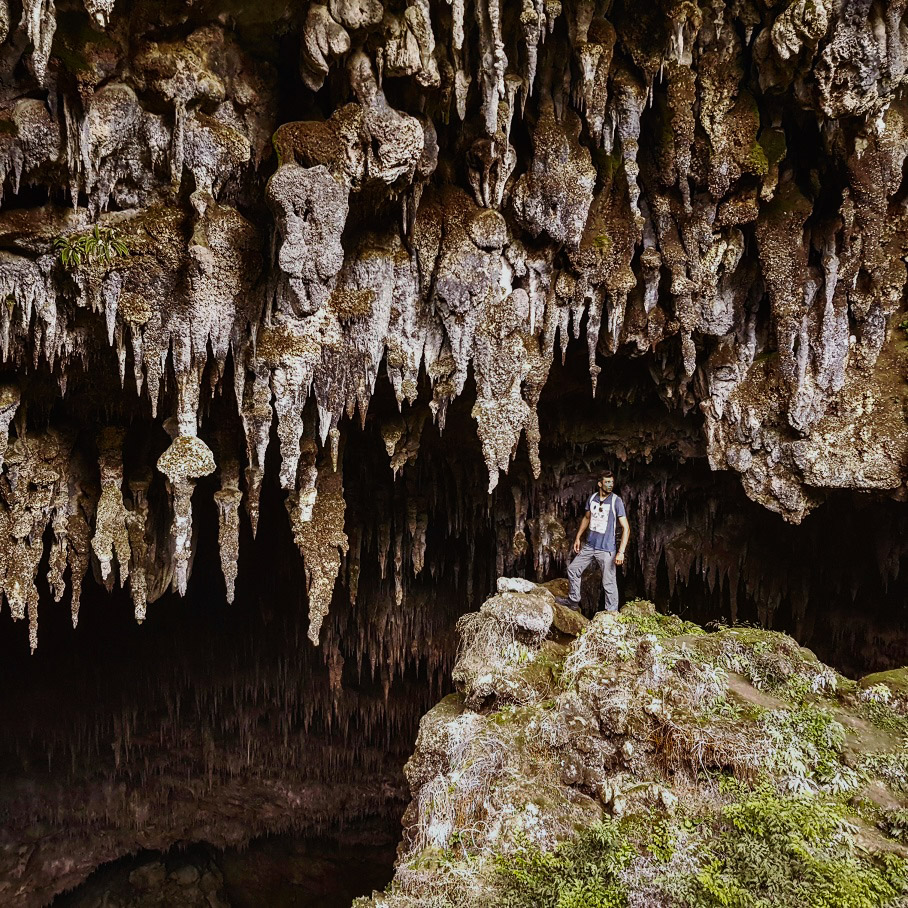 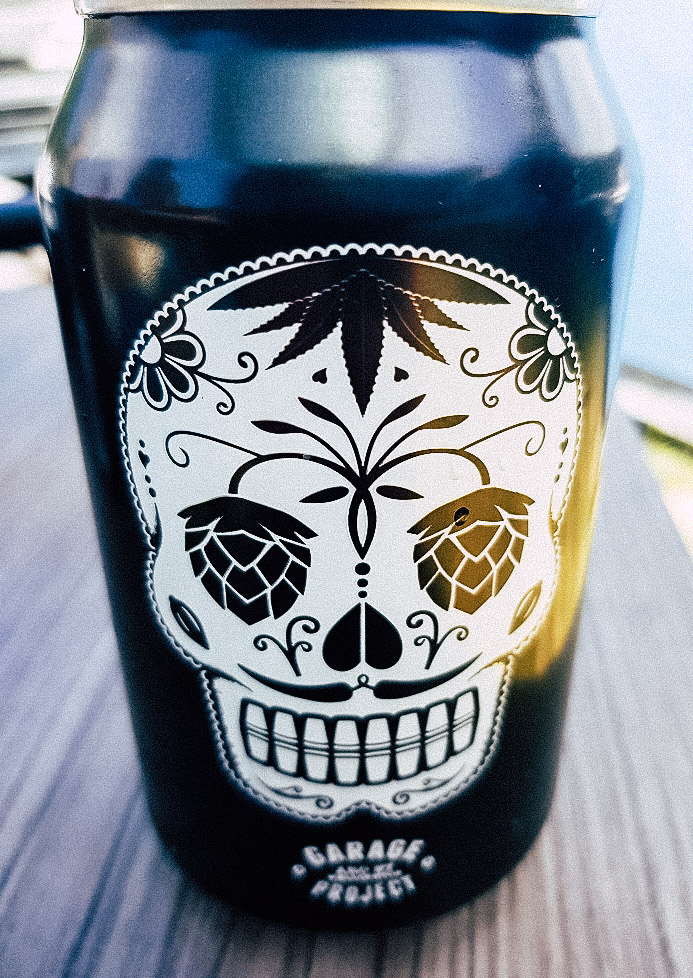 Let me start by stating the obvious – it has been nearly 2 months since our last post and I guess I could go ahead and say we’ve been really busy but the truth is we’ve just settled for the past months at Bay of Plenty and been working as kiwifruit pickers. I guess during this time we didn’t really have much of interesting stories and during our free time I just really lacked the inspiration to sit down and write. I know, there shouldn’t be any excuses, especially since I have plenty of stories written down in my journal, so I guess what I’m trying to say is I just been lazy – too lazy to sit down and type them in my laptop. But enough is enough, while we’re waiting for our car to be fixed and enjoying a lovely Grindz cafe in Tauranga (I really really love it here – all different cosy sofas and corners just somehow remind me of  the Central Perk cafe from the Friends), I’m finally sitting down to continue where we had left off – stories from our raving New Year celebration and the Golden Bay here in New Zealand. 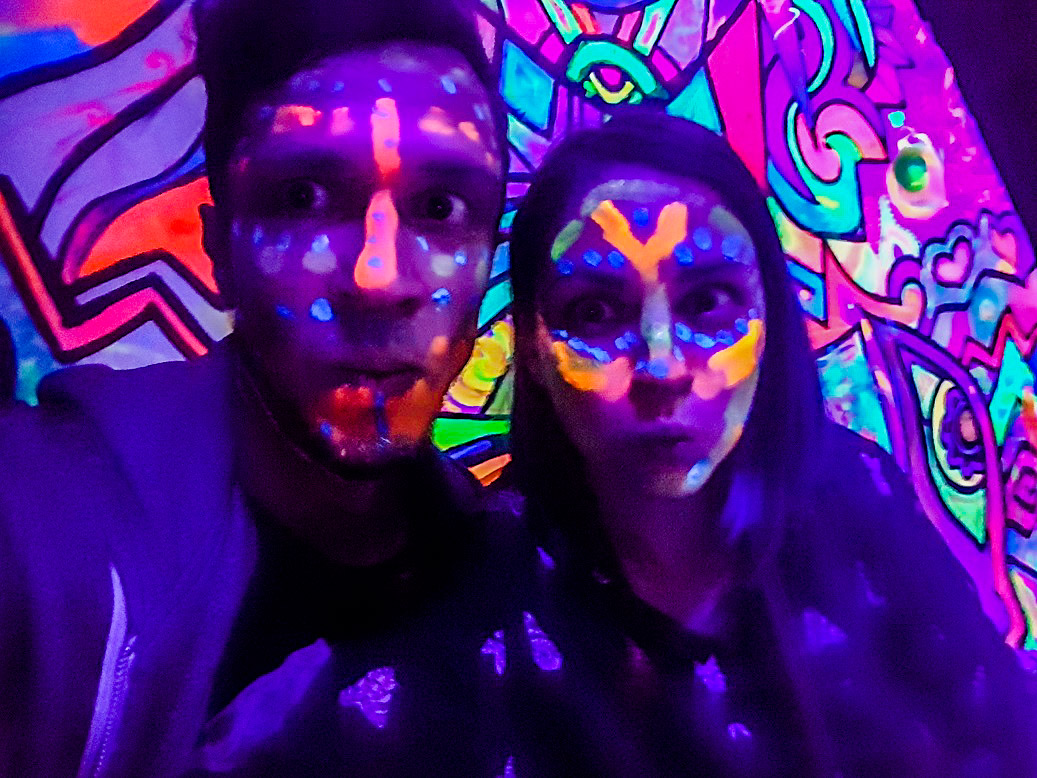 Later trying to get those paint out of our clothes was mission impossible but how much fun we had!

We have started our South Island journey with a raving New Year celebration at the Golden Bay, New Zealand. We danced, we partied and celebrate the New Years for 3 days and nights (were supposed to spend 5 but decided that 3 were enough) at this underground psytrance, techno festival – Twisted Frequency – in Cobb Valley. 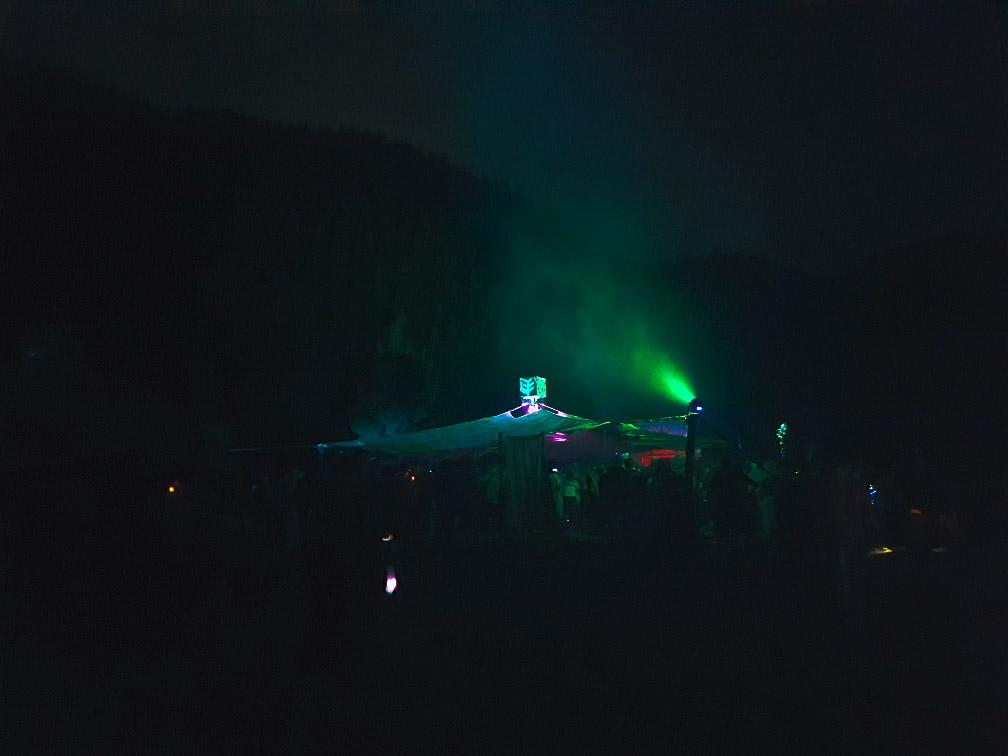 Let me tell you that we really do love underground raves, but this might have been a bit too underground even for us. We still enjoyed it a lot, actually way too much, just it may have taken us a while to blend into the crowd. So, funny fact – even though wherever we traveled in New Zealand everywhere was dominated by Germans, the festival was a bit of exception. There were still quite a lot of Germans, but the majority wasn’t Kiwis, no, it was actually French. There were so many French people you could for a moment think you were in fact in France rather than New Zealand. I guess French just really love those psytrance vibes. 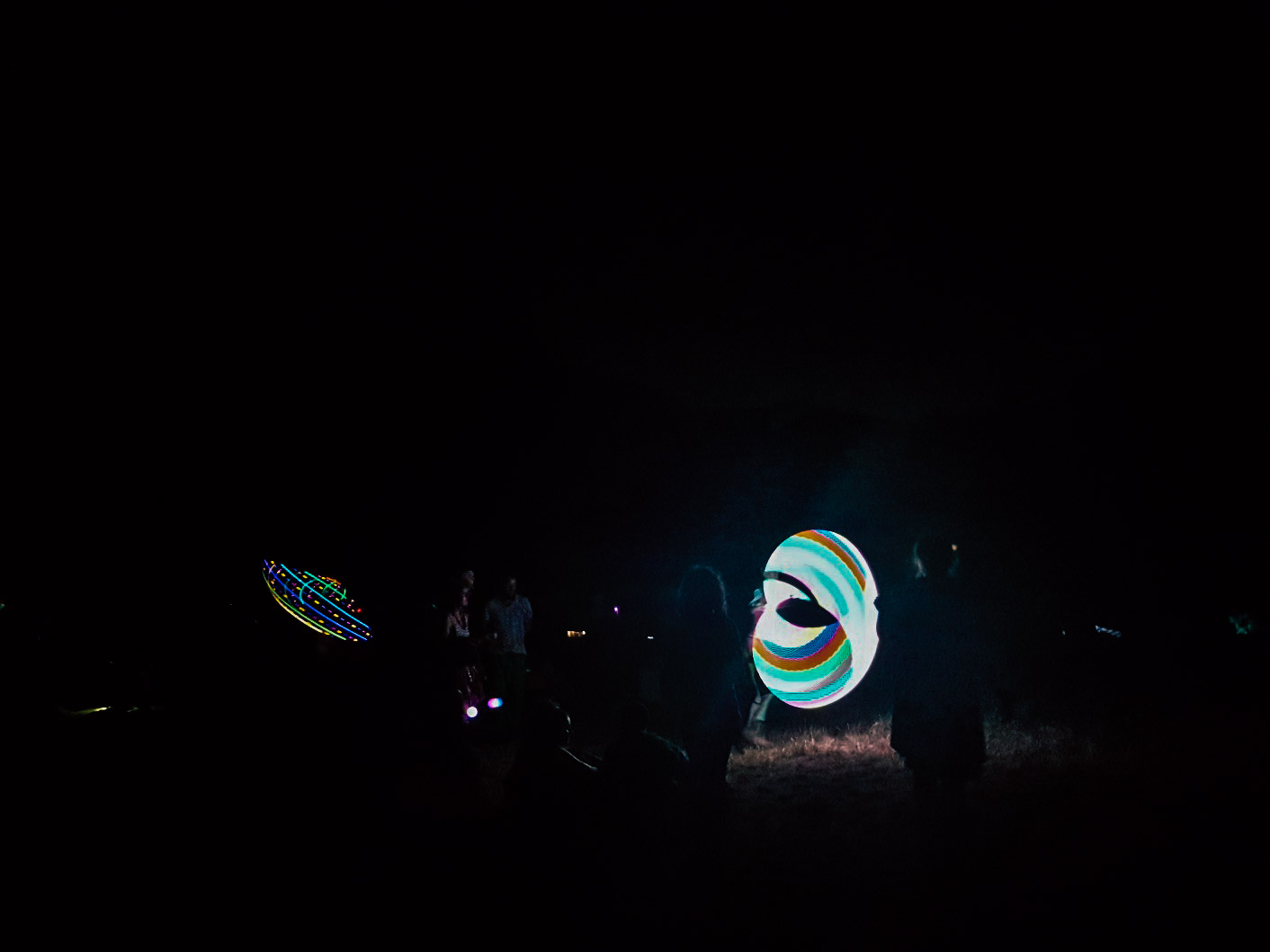 Some night dancers with their hoops

Although the festival kept going for few more nights, after 3 days enjoying the alternative festival ambiance we’ve decided it was about time to hit the road exploring nature (as well as about time we took a shower). Even if we cut it a bit short, we partied with everything we had in us and let me tell you it was wild (or at least I wish to think so). I guess this was our holiday season in New Zealand, and yes, we still got it and we brought it! 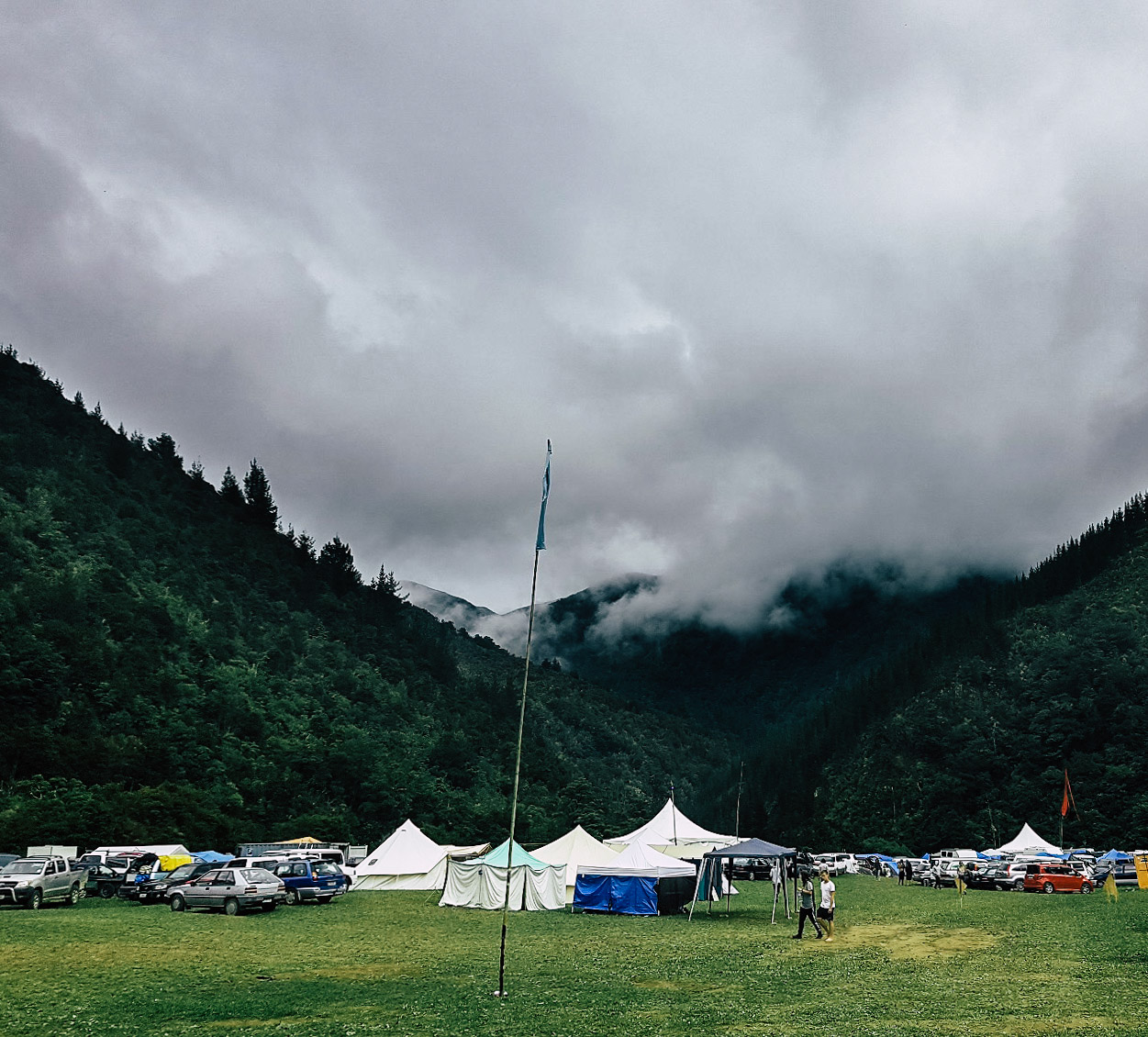 Festival location at the daytime

Farewell Spit and the Wharakiri beach 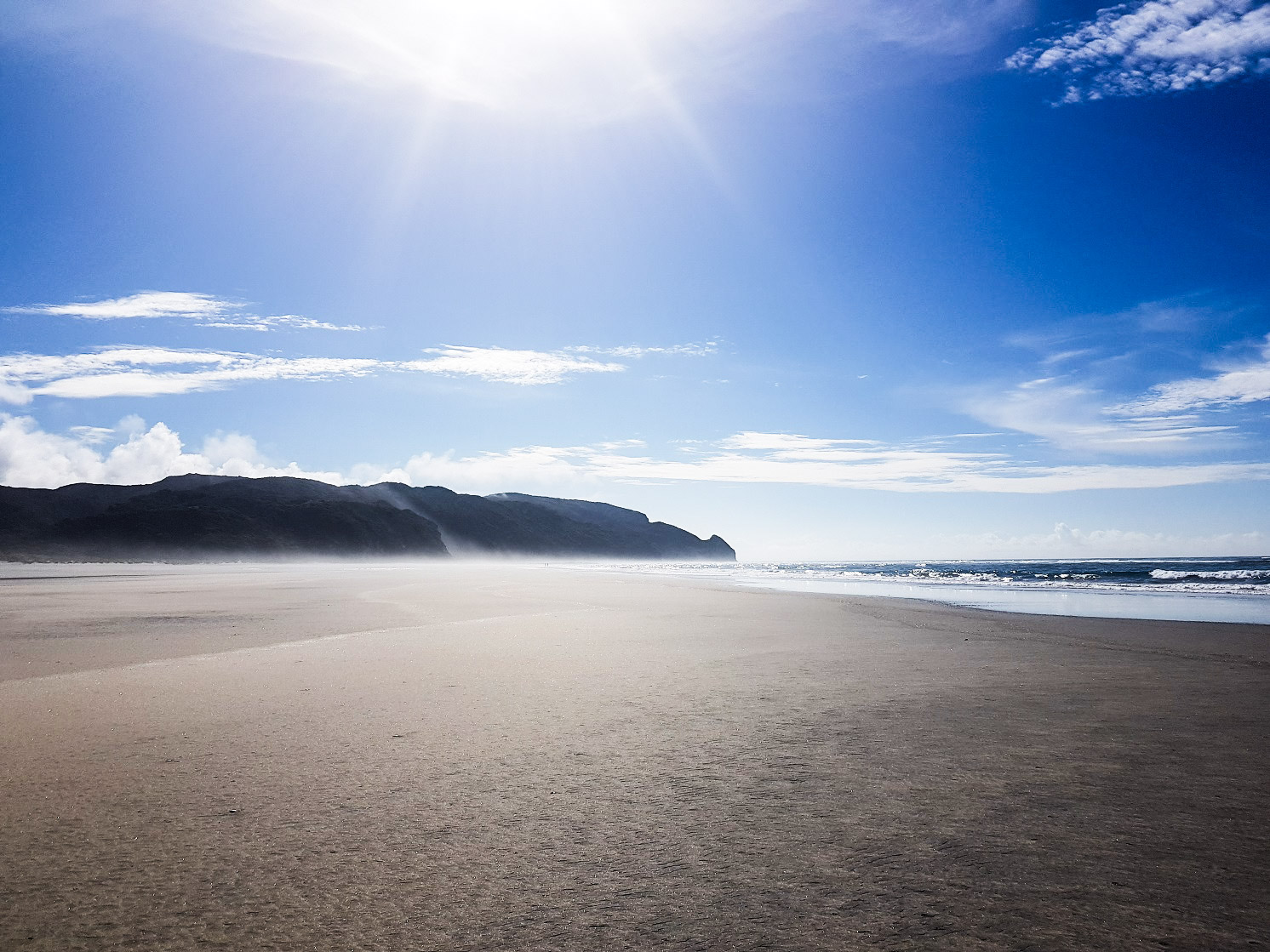 All around is just an endless beach 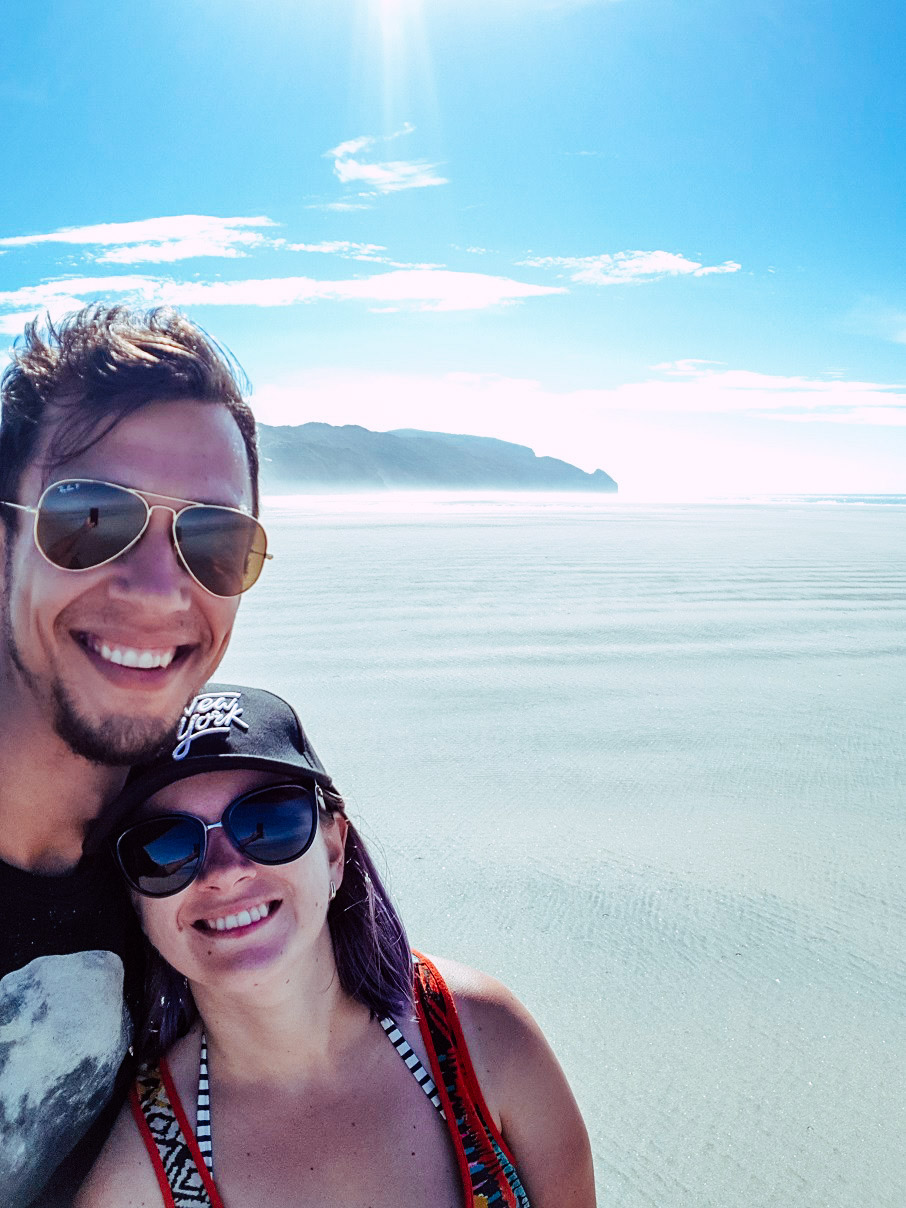 Take a walk on the wild side

Being at the Golden Bay and having not pre-booked any accommodation around Abel Tasman during Christmas/New Years holiday period is not the best idea I guess, so we ended up missing out on it (for now) and exploring the most western point of the Golden Bay instead – the Farewell Spit and mystic Wharakiri beach.

It is hard to describe in words what a beautiful place it as you rather have to feel it but try to close your eyes and imagine for a minute yourself in a gigantic beach – wherever you turn you see only endless beach and a mist covering the distance, though there are high cliffs on one end hiding a sea cave with fossil walls and a few seals looking for a shadow around some rocks. Imagine yourself being there all by yourself except for those seals of course and your significant other (if you wish), just listening to the crashing waves, enjoying the sun on your skin and running for a dip in the sea, jumping over those waves. Just you, your loved one and the Tasman sea in this beautiful endless beach. That is how we spent the 2nd of January 2018. Well, of course, first we waited for the low tide, walked along the Farwell spit shore on one side for few km, crossed to the other side of the spit by hiking through the farmlands and discovered the lovely endless beach out there. 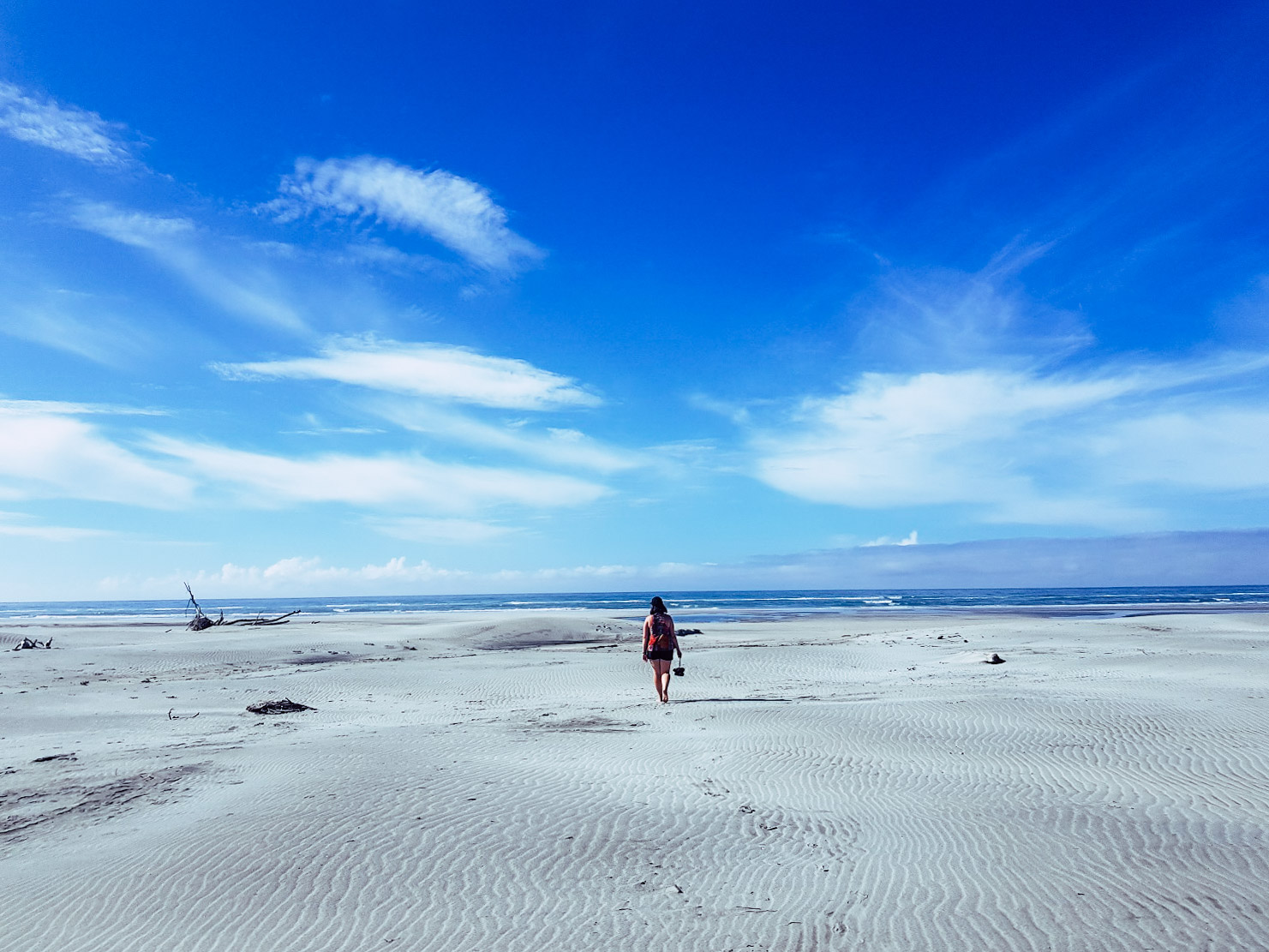 Empty beach – ready for a quick dip in the sea 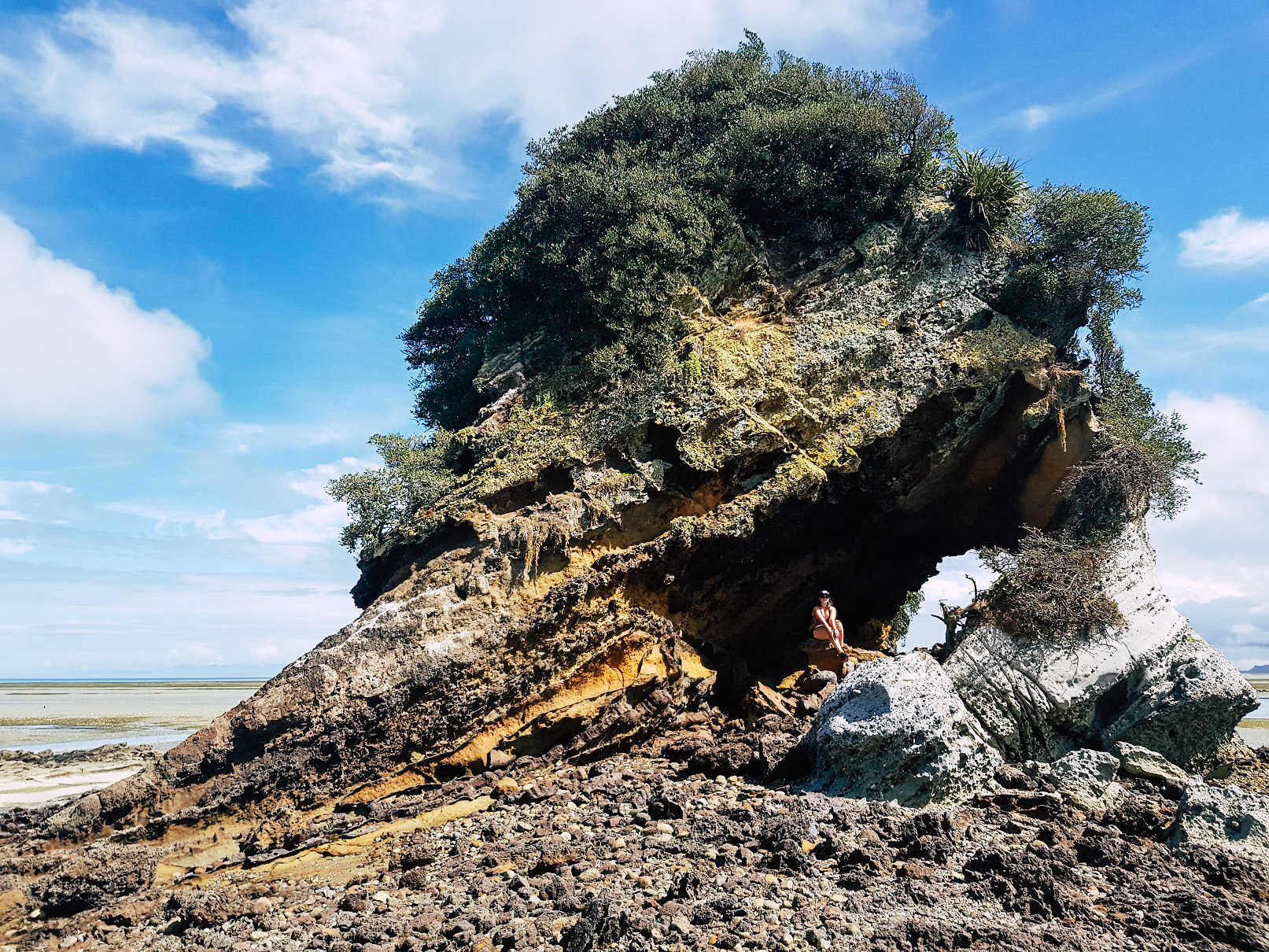 Low tide walk to the rocks

Even though the next day was a bit rainy, it didn’t stop us from Cape Farewell (to watch seals playing down the cliffs in unsettled water) and Wharakiri beach – literally one of the most beautiful beaches I’ve ever visited. 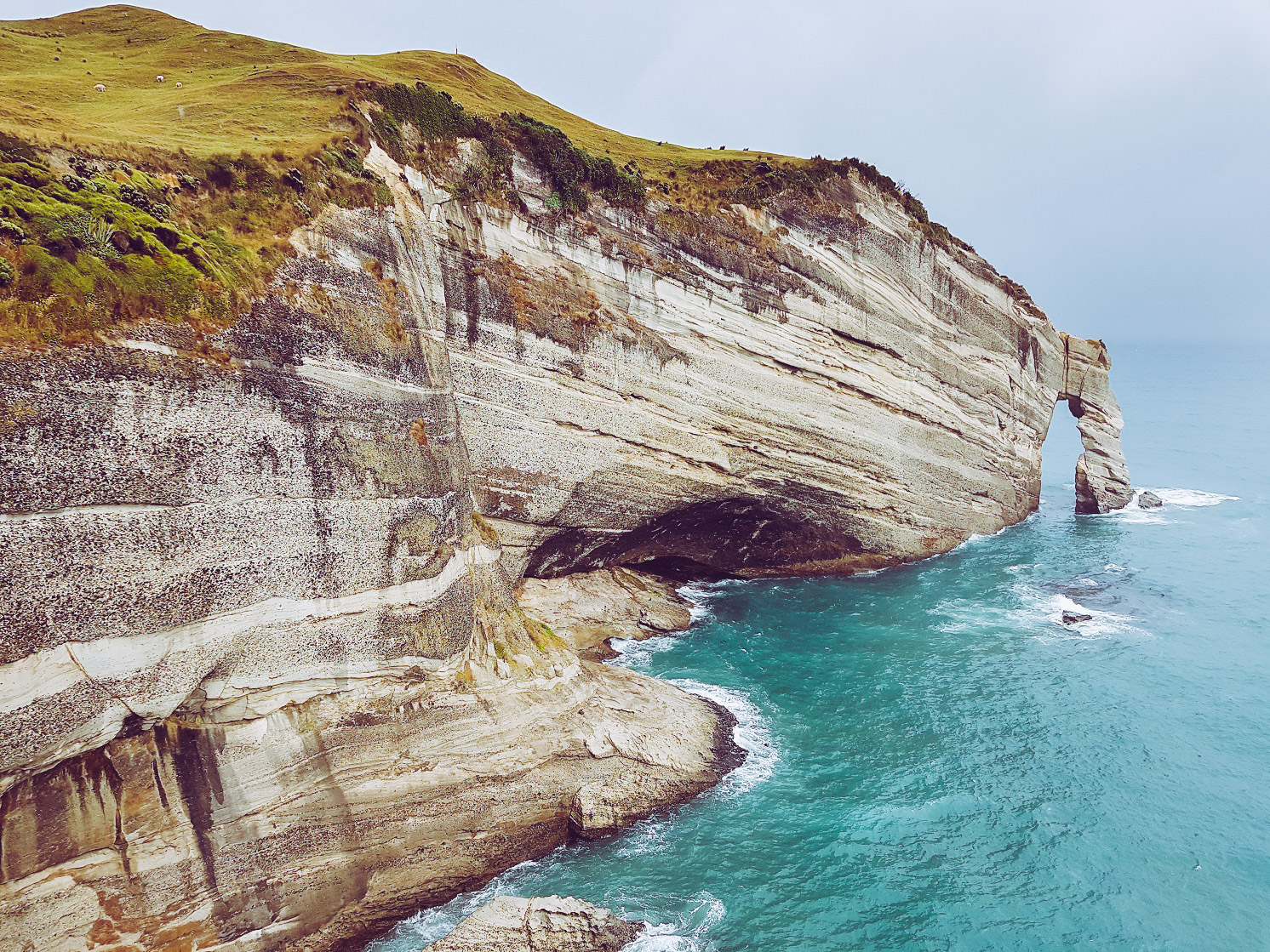 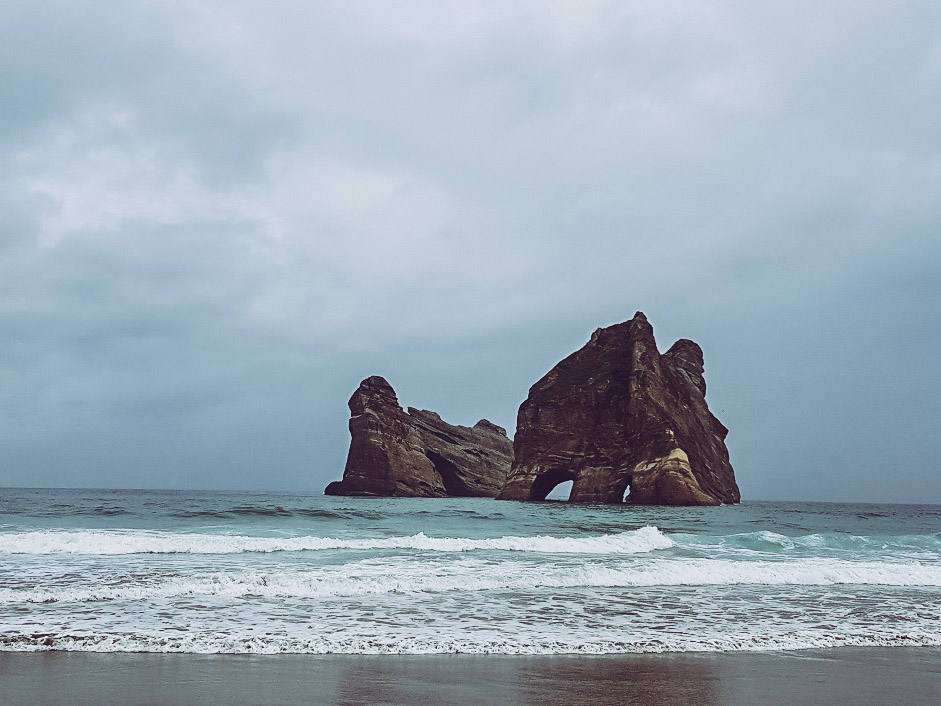 The rocks of the moody Wharakiri beach, New Zealand

Wharakiri is quite different from the typical white sand Golden Bay beaches. It is a bit moody, dark and mysterious. I guess rain not only did not disturb the visit but even gave additional charm to the beach altogether. You see, Wharakiri is this dark and moody beach surrounded by cliffs, and high waves. Maybe that’s why it is loved by the seals and their pups as well as by surfers as they say you can catch pretty great waves down there (not that I know anything about surfing). However, in order to reach the beach, you do need to hike through some hill farmland for 1 km from the carpark (so may not be the most comfortable place for carrying the surfboard unless there are other ways to reach it that I’m not aware of). 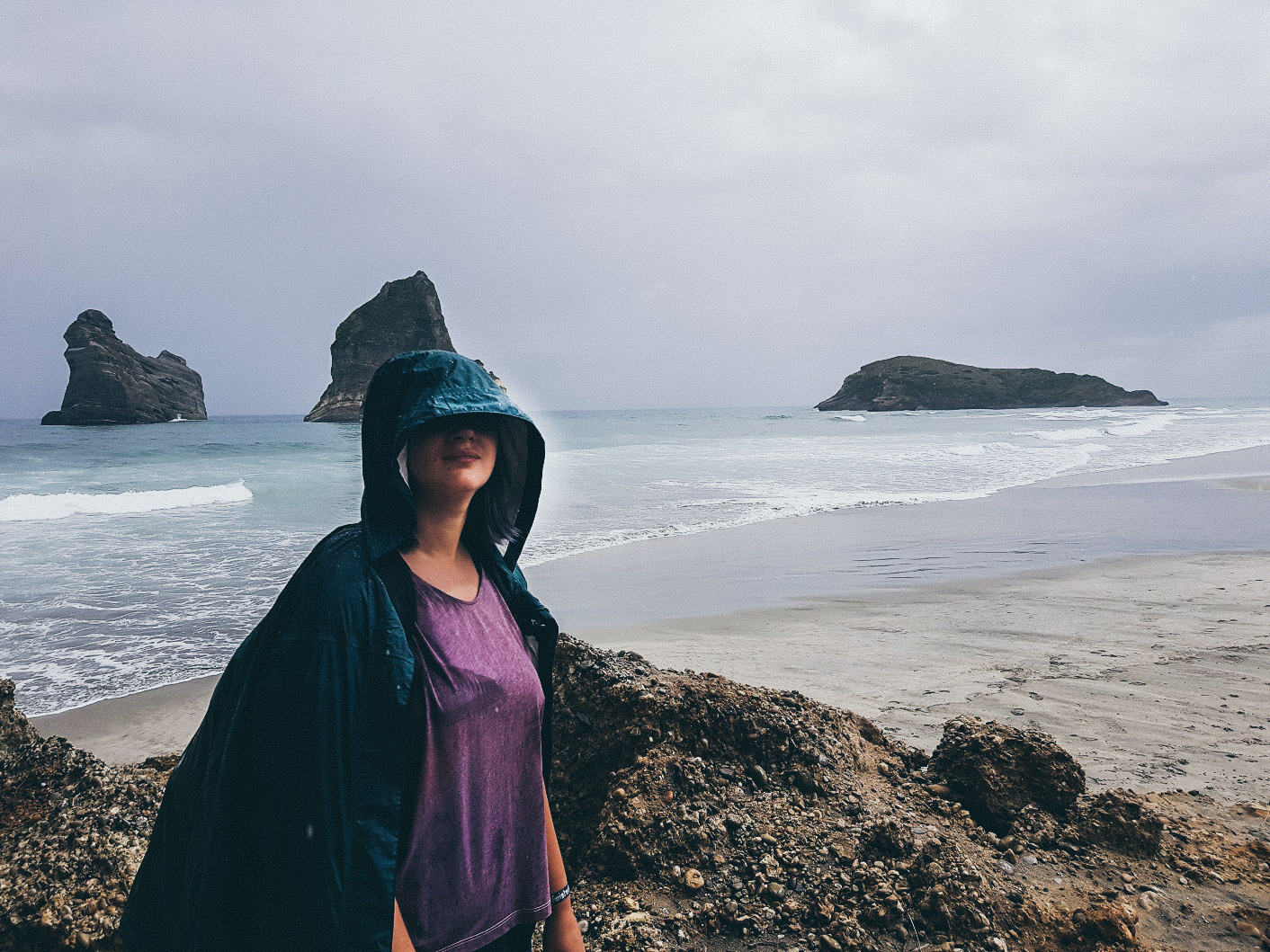 As you can see it was a bit rainy that day 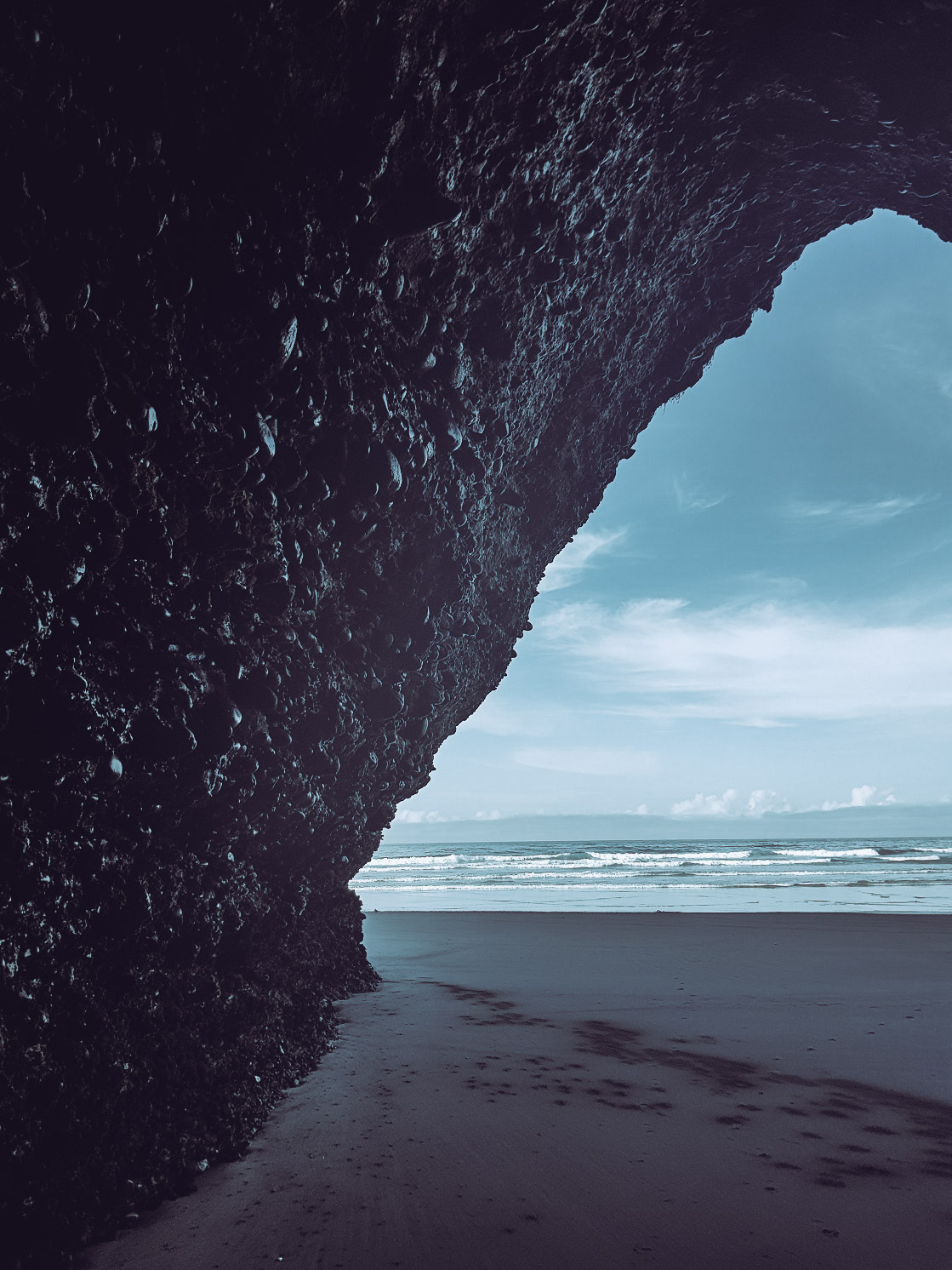 Rawhiti Cave and the Golden Bay 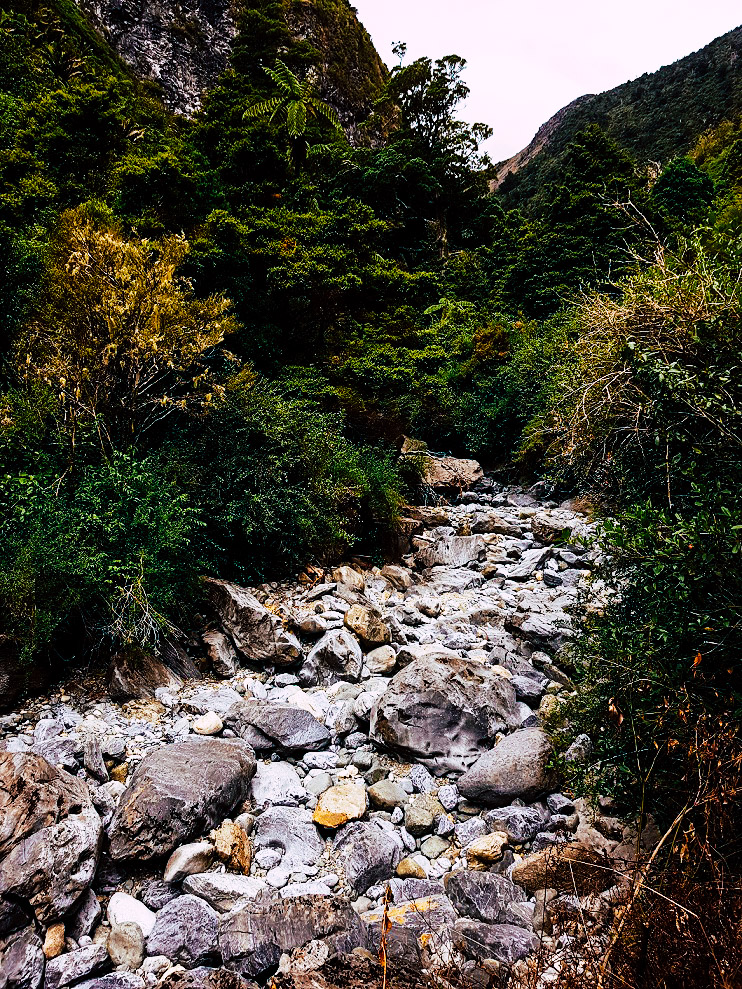 The river of rocks a.k.a. Dry River

Anyways, as charming far west of the Golden Bay was, we said our farewells and returned to Takaka, where a more challenging hike to Rawhiti cave (meaning “sunrise” in Maori) reminded me how much out of shape I really was and how much more of daily hiking we should be doing (which, in fact, we have done ever since). Even though the hike was steep and sweaty (for me as Algirdas barely broke any sweat), at the end it was well worth it – not only we got to see the most stunning cave entrance ever but I also got to burn tons of calories (fingers crossed). But let me tell you more about this awesome cave located in Dry Creek Valley. 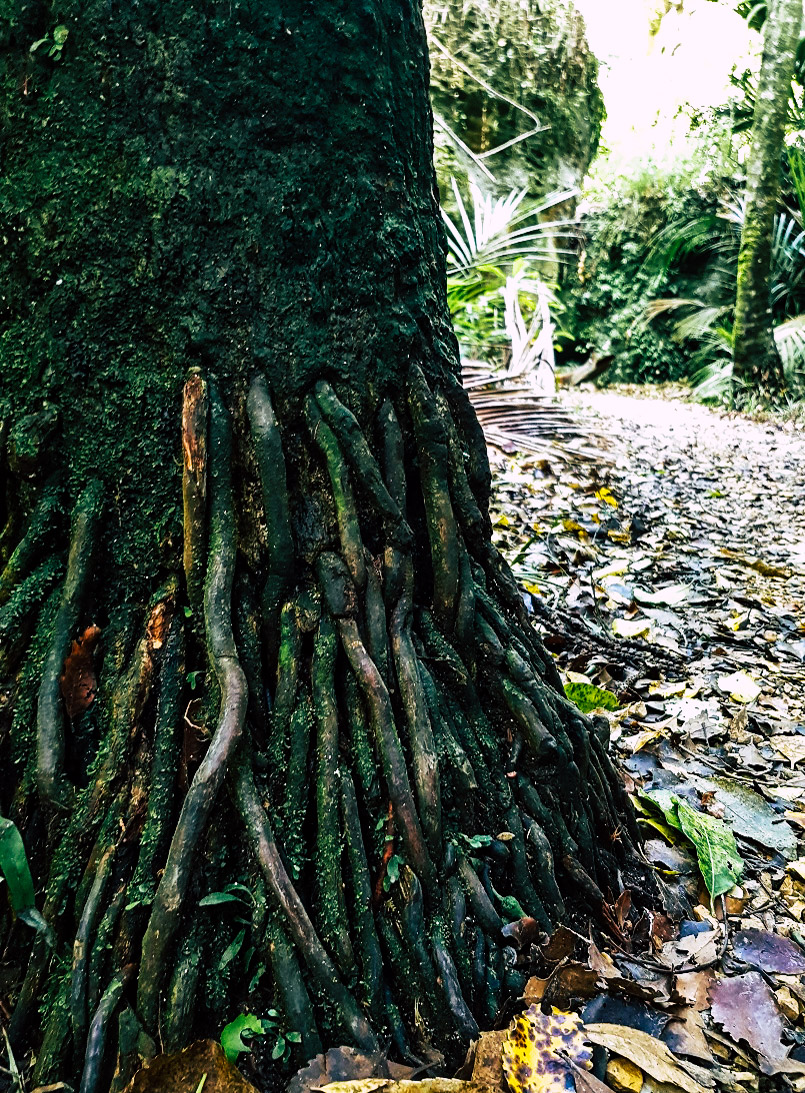 Just some flora from around

Starting at the car parking, it takes you approximately 1 hour to reach the cave. First 30 min is an easy walk by the Dry River (literally a “river” of dry stones), however, the next 30 min is a steep hike zigzagging up to the cave entrance, where each turn you keep hoping to find it just behind the corner, but it usually is still not there. Anyways, when you finally reach the cave there is a viewing platform built at the cave entrance, which is as far as you can go. Unfortunately, you can’t go down inside the cave, but the view of the entrance is pretty much what this cave is known for. It actually is considered to be one of the largest cave entrances in New Zealand, but its’ glory comes from the ceiling densely covered in stalactites. Quite honestly, it just makes you feel like being swallowed by a giant monster mouth full of sharp teeth, just something that resembles crazy fantasy horror movies but sorta in a good way if that is even possible. I guess it just makes you feel pretty small. Anyways, the way back down is way easier and quicker than going up, so it probably takes around 45 min to get back. Since the hike for Al was pretty easy (always waiting for me), he decided to go back through the Dry River  jumping and running his way back on the rocks, which I guess is pretty fun activity if you’re not like me and have all of your ligaments in place (not sure if I have mentioned it or not already but right before the trip I found out that I keep hurting my ankle because one of my left ankle ligaments is missing due to one of many past traumas I had and it was too little time for the surgery).

The majestic cave “mouth” about to swallow Algirdas 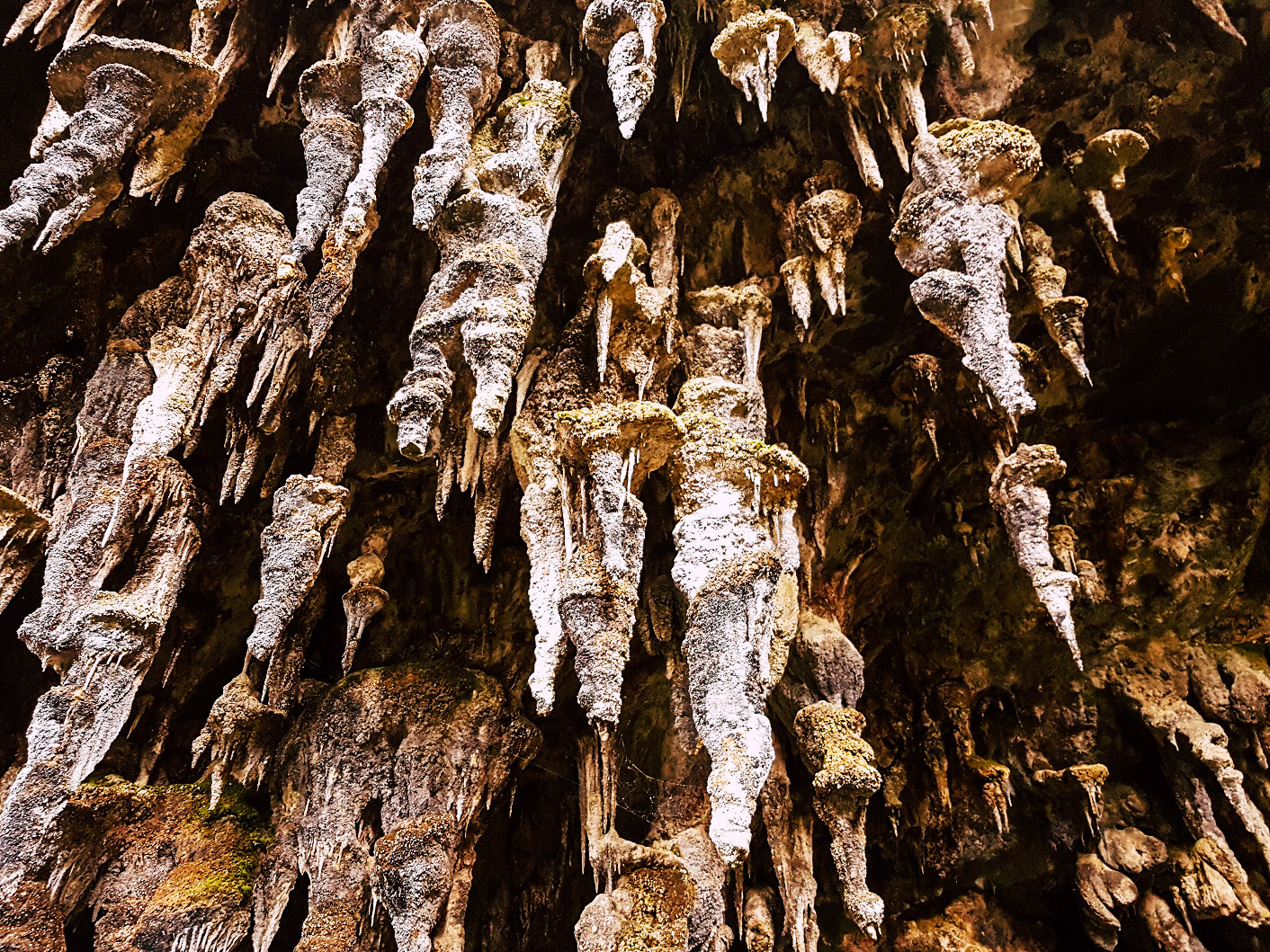 A closer look at those stalactites

After the cave, we still had hopes of catching at least a glimpse of Abel Tasman but as we found out, Christmas/New Year holiday season is not the best time to improvise as everything in all directions around had been sold out and pre-booked well in advance cramping campsites, holiday parks, hostels, and hotels (not that we would have spent money on hotels). The biggest campsites were cramped with people and vehicles just inches away from one another (1000 people just in one of the holiday parks) and just passing through resort town you couldn’t find any spot at the beach to even place your towel. So instead we ended up driving 30km towards Nelson where finally in a small Tasman town we found a spot for the night at a McKee Memorial Reserve for 6$ per person. The next day we checked out beautiful and clear blue Riwaka stream pools and decided it was time to move towards the West Coast. Even though it was sad to miss out on Abel Tasman, we promised ourselves to come back and hit the road trying to outrun the storm which was about to hit Nelson and the Golden Bay. 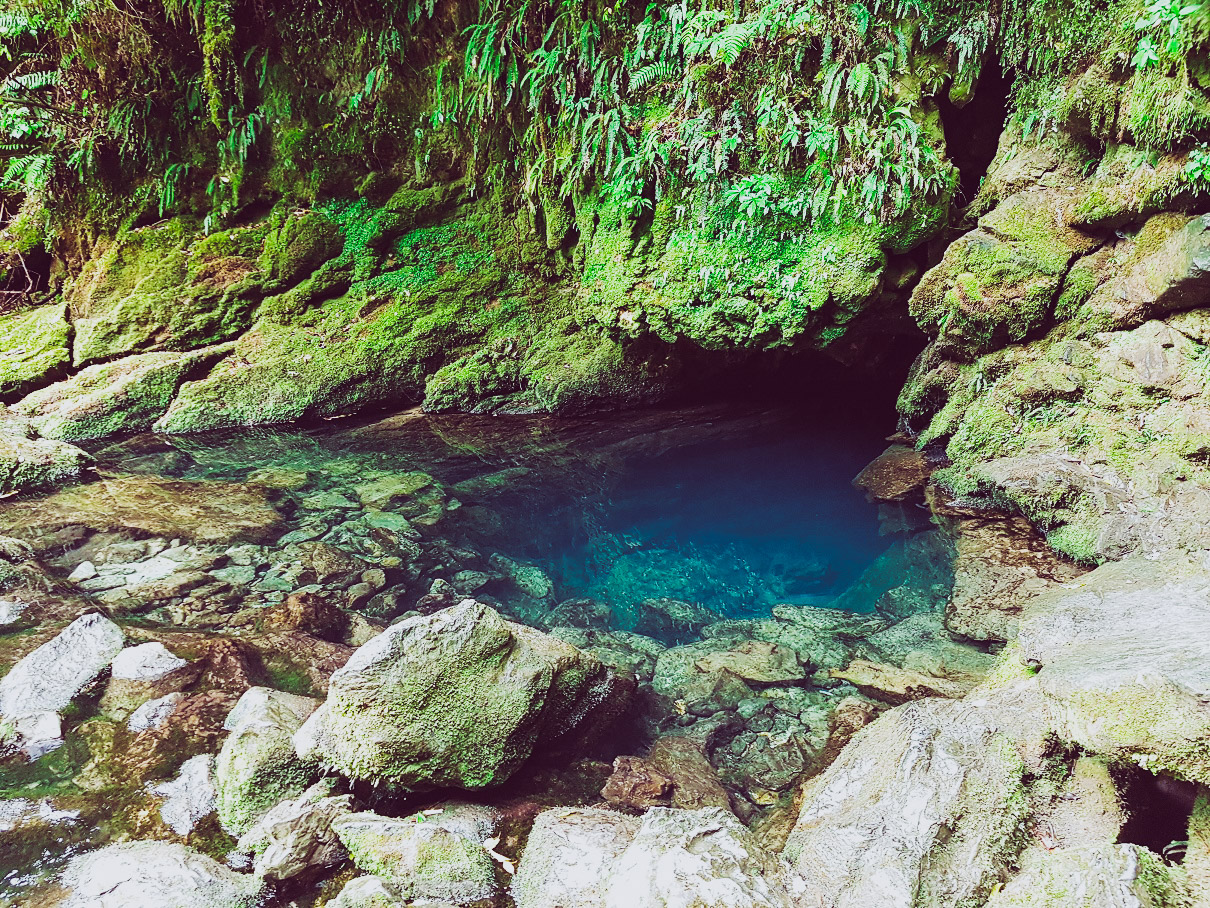 We did manage to avoid the storm, though did not outrun the rain completely (possibly due to me sitting behind the wheel, properly driving our Gigi for the first time as I sort of was a bit scared driving on the left). I guess usually I’m not a fan of a rain and would have hated it on any other occasion but this time it just made a visit to Waiuta so much more intriguing. Anyways, more on that next time, which I promise will be sooner than in 2 months. 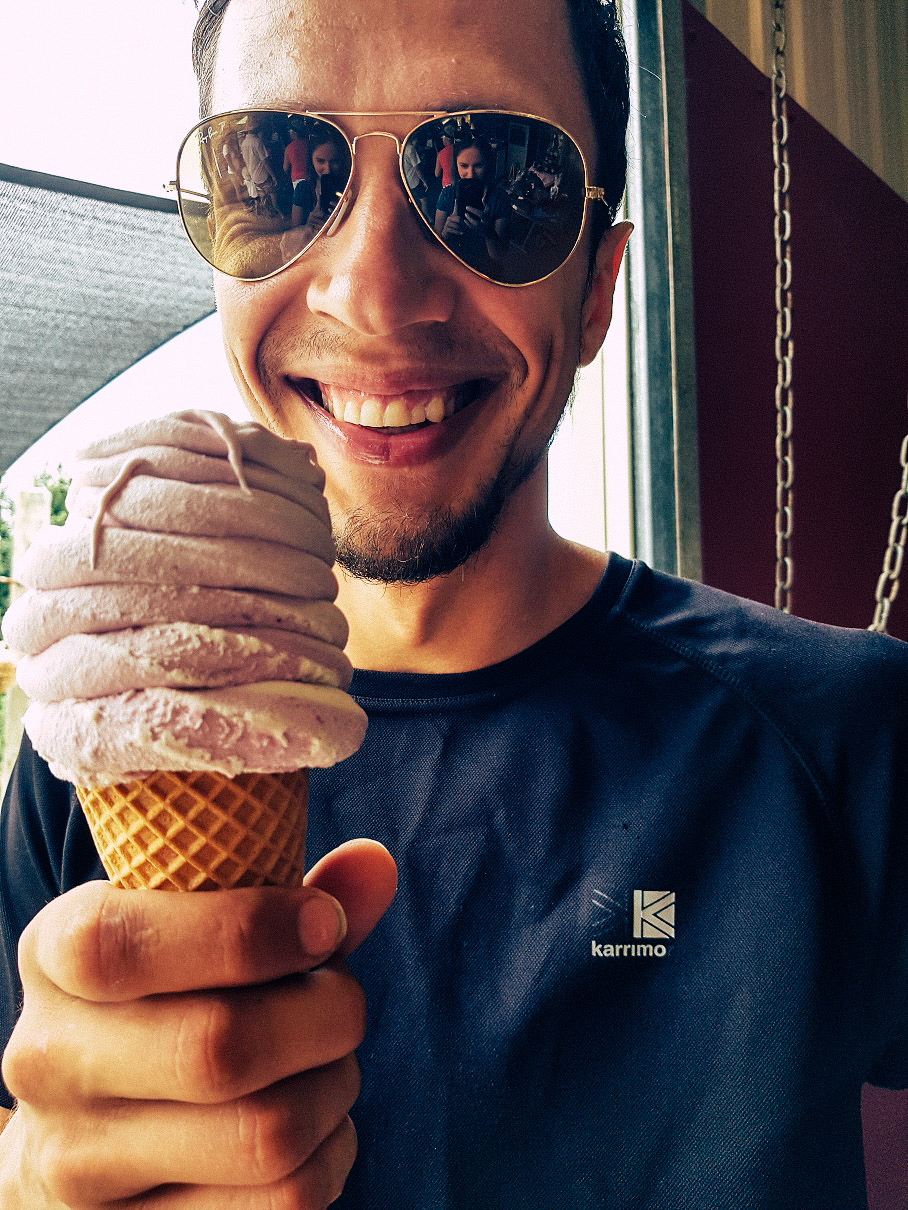 Somewhere between Motueka and Nelson, we found a berry farm with a sign of real berry ice cream. Well, we ended up with extremely delicious though biggest ice cream portions we’ve had in our lives. Can’t remember the place but I think it was somewhere right before the Richmond. 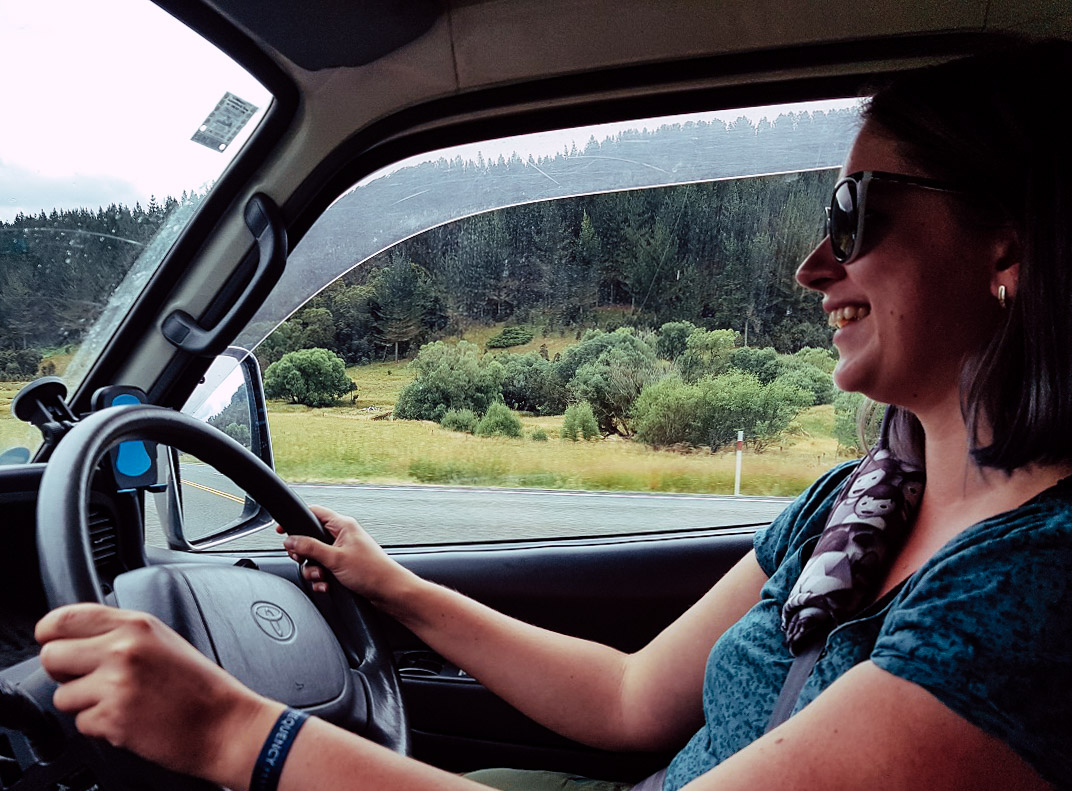 Ruta behind the wheel – scared and excited