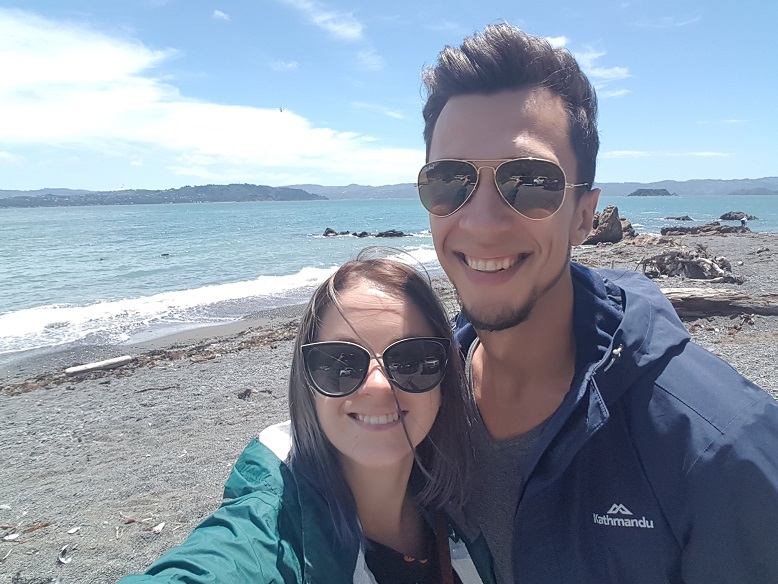 New Zealand’s windiest city – the lovely hipsterish Wellington was where we spent our next 3 days after Christmas. To sum up our short stay in Wellington – hipster vibe all around with all the cafes, craft beer quirky bars, skaters in the streets, beautiful coastline, and extreme winds all the time. We have spent our days in Wellington wandering the streets, dying my hair blue (wanted to do that for a really long time), pub crawling through craft beer venues with travelers we’ve met up with and by some chance ending up with tequila shots at The Establishment (definitely  place not of our choice, but in its own way it was fun and reminded of Erasmus times), exploring some cafes and Te Papa (Museum of New Zealand), driving the coastline as well as hiding in our not so nice (to put it nicely) hostel as being out we were spending way too much and having unlimited wi-fi is a rare thing in this country.

Some interesting facts about hipsterish Wellington

Speaking of those cafes, let me tell you about the most delicious bagels ever at Best Ugly Bagels (expensive but so much worth it). Well, Best Ugly Bagels is definitely one of those hipster places, where we happened to be during Saturday brunch together with a bunch of people coming in to heal their Friday night’s hangover with good coffee and delicious bagels. Not only the food and coffee are great, but the vibe is amazing as the bagels are freshly baked right in front your eyes by a big crew of guys who just seems to be enjoying themselves and what they do. One thing some like, some hate that definitely gives an extra to the atmosphere is the staff shouting your order out loud. The member taking your order shouts it out loud to which all the staff responds by echoing the shout. I personally loved that aspect, but I guess spending more time at the place, or working there the constant shout outs may get on your nerves.

Oh sweet mother, what an incredible find it is. A true gem in a middle of busy Wellington CBD. It really is a busy little cafe at the end of a Courtney street. At first, we walked in a bit wary since it seems quite too crowded and too busy and we were looking for a place to settle for a few hours enjoying slow brunch and internet for updating the blog and stuff. Lucky for us, we soon found a perfect spot by the bar at the corner even with a power socket to plug in our laptops and dived into the lively yet homy cafe’s atmosphere. Not to mention the breakfast burrito, waffles and coffee were exactly what we needed after a few too many drinks last night. Anyways, if you’re looking for a lovely place to settle for a few hours, Sweet Mother’s Kitchen is just the right spot for perfect meals and coffee. Just be considerate and make sure to settle at the counter instead of occupying a big table, since it really is a very busy place (at least during weekends).

By the way, you realize how mainstream the crypto became when sitting at the counter you hear your waitress chitchatting with one of the regulars about their bitcoin investments. Well, bitcoin is the future they say. 🙂

Despite all the cafes and city life vibes, in my opinion, the no. 1 must do in Wellington is definitely the coastline drive. Just start anywhere in the city center by the shore and drive all the way following the highway to Petone and the road by the shore until the very end of the road. The road still continues (should continue to the very end point) which can be walked by foot or tackled with a bike, but it was extremely windy that day and we chose to drive back the same route to the city instead (so windy it was hard keeping your eyes open to enjoy the view without crying). On our second visit to Wellington later we found out the coast ride to another side all along Maupuia and Karaka Bays might be even more spectacular, but I’ll let you decide that for yourself. 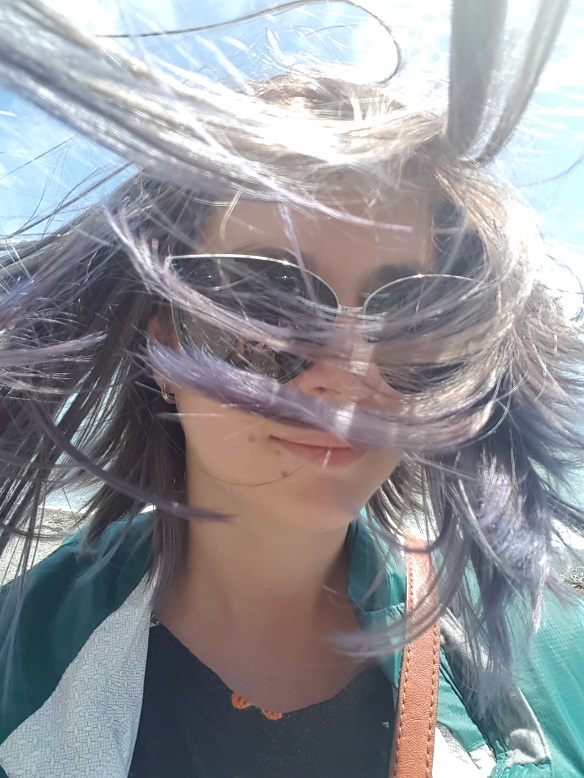 That is how windy Wellington is (on a calm day)

If not the wind, I think Wellington would be my favorite city in New Zealand (well, or maybe even with the wind it still is my favorite city in New Zealand). However beautiful Wellington was, the time had come to an end for our city break as we crossed the Cook Strait for new adventures that the South Island and New Years had been bearing for us. More on that look forward to our next travel blog post!