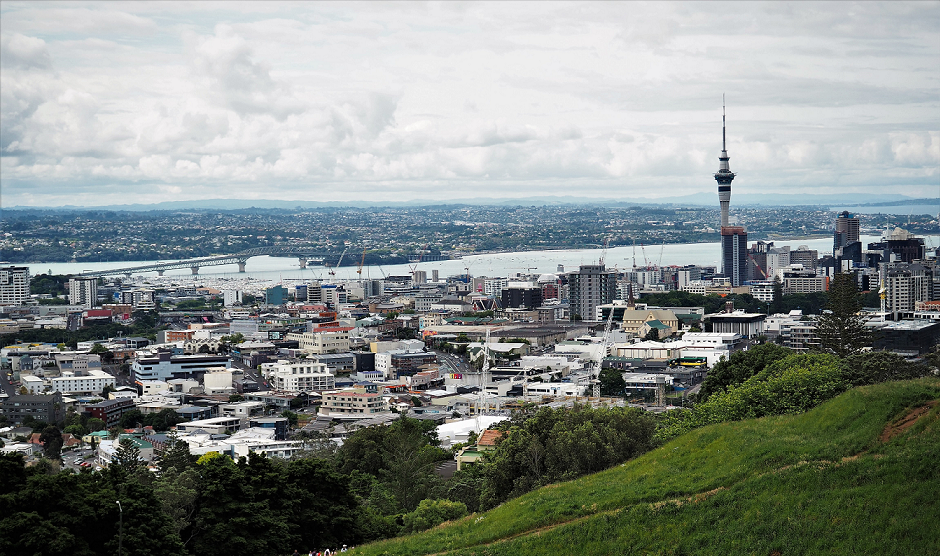 It has already been quite a while since our new beginnings in New Zealand (nearly 2 months) and I’m a bit late in posting our blog posts. To be fair the beginning has been quite overwhelming to find time for writing, posting and working on the blog. Though I’ve been keeping my journal, so now we just need to find enough time to type everything and transfer to the digital world for the curious ones. Or one, if there is anyone at all who cares enough to read it. Anyways, I beg your patience and I promise to catch up with the timeline in no time.

By the way, if you are wondering how did we decide to embark on this journey, you can read about it in How It All Began.

Our New Beginnings in Auckland city

Time really seems to fly here as it has already been two weeks since we have landed in New Zealand. So without further due here is just a short recap (at first I thought it would be a short one but I guess I’ve never been good at summarizing). 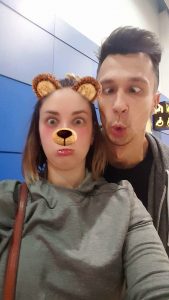 After 36 hours of airports and planes.

The flight was super tiring and there definitely was way too little leg room (at least for Algirdas). However, all lay-overs went smoothly (Vilnius-Riga, Riga-Stockholm, Stockholm-Doha, Doha-Auckland) and Qatar airlines even in economy class for sure feeds you well and a lot, like a ‘hobbit-feast’ type a lot. As we landed finally 17 000 km (10 000 miles) or 6 movies and few unsuccessful napping attempts later, it was 5 AM in the land of the Lord of the Rings, rugby, kiwis and an unbelievable amount of all sorts of birds. Literally, birds rule these lands – they are everywhere, birds’ sounds – everywhere!

It’s just my guess but I believe there are just so many birds because there’s so much food for them, meaning – the only nightmare of New Zealand – sandflies and bloody mosquitoes. Well, the weather is not too bad here as well (at least for now). Anyway, if you ever plan on camping/sleeping in the van out here, trust me when I say those suckers will hunt you in every dream and will get you good. But there will definitely be more about them later, let’s not rush ahead of ourselves. But if you have any suggestions for remedies or ways to fight those suckers, your comments are more than welcome!

So, coming back to our landing. In the first day, we have found our transit bags torn but didn’t let it bother us. After sorting cash exchange we were just strolling around the airport enjoying the sun and our new kiwi phone number. We tried to figure out how and where to the city should we go (our check-in was not until 2 PM, so there was quite some time to kill in between). By the way, before the trip, of course, we had to go on a shopping spree back in Lithuania to buy everything for any possible occasion we might come across in NZ as here everything is so expensive and there is so little variety (you know, since everything has to be imported). NOT! Not sure if you have already guessed it but we have ended up with pretty heavy and not so mobile backpacks (both – on our backs and bellies) – the rookie mistake we had sworn by we will avoid. Well of course we have… not. So we have finally gathered ourselves and decided to go for an uber to our Airbnb home, leave there our backpacks on the porch as offered by the host and go straight to check out a prospect Toyota Hiace van (as we have decided to buy a van and travel around the country during the summer season).

After trying to walk out the airport territory for few hundred meters we could barely catch our breath. For God knows what reason I have decided that ‘uber probably does not go into the territory’. Now I think it does, but who knows? Eventually, we did end up taking a taxi but managed to reach our lovely suburban home in the Northcote shore. Remember, when I said it is going to be short? 😀 Okay, okay, I’ll try to hurry a bit. After leaving backpacks we took an uber to Avondale where we got the van (well, paid a deposit with an agreement the guys will have it set up and converted into a self-contained campervan in a week). Afterwards, we got back to Northcote and enjoyed the sun on the beach killing time before the check-in. 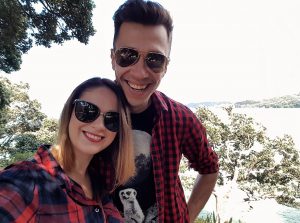 As soon as we checked in, we grabbed a much-needed shower after 34 hours of travel and fell asleep (at 3 PM) and slept right until next morning (despite waking-up multiple times after midnight). We had the jet lag for another week going to bed around 6 PM – 8 PM, every day trying to last a bit longer. Jet lag or no, it did not interfere with our enthusiasm, curiosity and just pure happiness of being finally here. As ironic as it sounds, I’ve never felt better – being jobless, homeless and free to do and be whatever and whoever I want to!

This was the new chapter of our lives, our new beginnings!

Still Got It Stories or How It All Began

Before the Van (or what happened in Auckland)