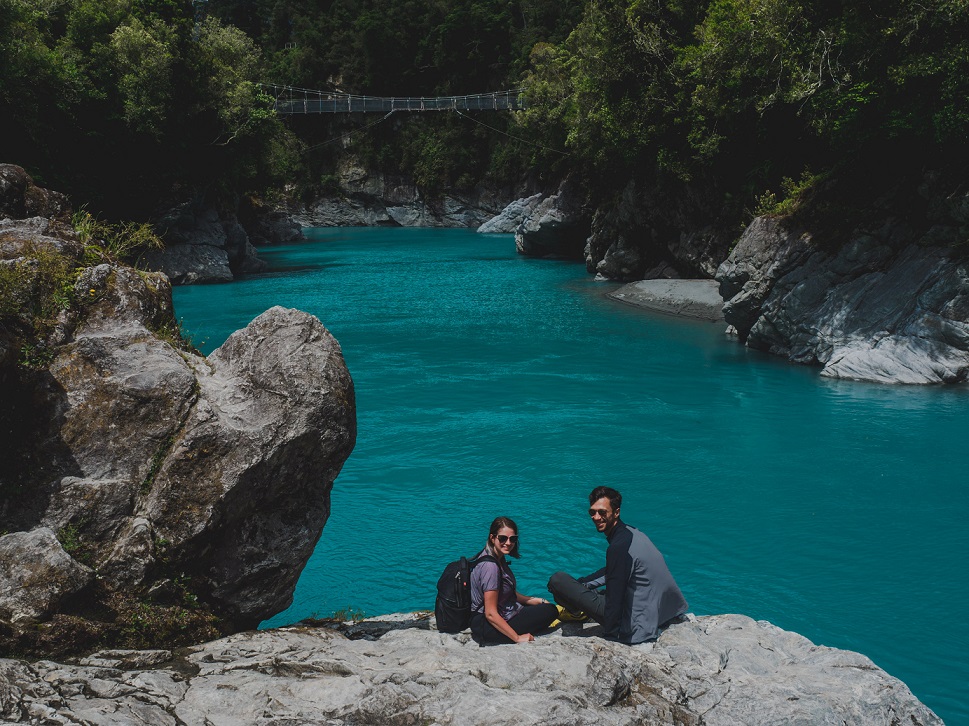 Leaving the mysterious ghost town of Waiuta behind we’ve decided to have an overnight stop in Greymouth and treat ourselves to a decent dinner and a night out in the city. Now let me tell you if you have a limited time in New Zealand, Greymouth is not worth spending it, unless just for an overnight stop. In general, you would come to New Zealand for nature and not for the towns/cities (except maybe few e.g. Queenstown, Wellington, etc.).

Anyway, we have found a campsite in the city center (more or less), which is just a parking lot behind the gas station and may not be the nicest place to camp but at least is close to everything. Surprisingly, the campsite was super busy and all the spots had been taken or reserved but we got lucky as a reservation got canceled just as we arrived. A strange thing about Greymouth is that it can be extremely busy and extremely empty at the same time: even though you can’t find where to park your car, all Airbnb’s are booked out and campsites reserved, the town is completely empty as if all humanity just disappeared in a thin air.  It does give out a strange ghost-town-like vibe as the streets are empty and everything more or less closes at 9 PM even on Friday night. However, we found the inside of a local craft beer brewery Monteith’s to be quite busy and alive.

Being more or less of craft beer enthusiasts we chose the Monteith’s brewery for our dinner plans. Now Monteith’s Brewing Company has been brewing on the West Coast for 150 years already and is well appreciated for its delicious ales, silky stouts, and variety of IPAs as well as visitor experiences. Now we came too late to join one of their tours but if interested they offer a fully-guided personalized 25-minute tour for $25 or a tour and a personalized bottle for $35. Instead of a tour, we chose a couple of tasting trays enjoying some of the brews they had on tap for and a fancy dinner. Quite frankly we were dying to taste their ‘Brewers baby back ribs’ (1kg for $35), sadly they were all out of the ribs. So we ended up tasting surf’n’turf and salmon steak dishes, which were extremely delicious though quite small and very expensive (can’t believe back then we still allowed ourselves such luxuries). After choosing our favorite brews (mine was velvet stout and golden lager), we decided it was enough of a spending for the night and got back to the campsite (it was close to 9 PM already, so everything was closing anyway). 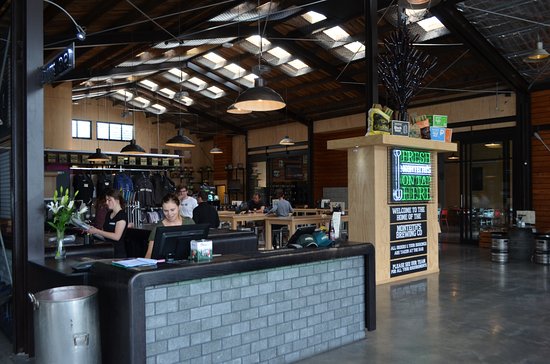 This photo of Monteith’s Brewing Company is courtesy of TripAdvisor

Not sure if I’ve already mentioned it or not but both – Al and I are (were) pretty crazy for pancakes. So after all those beers we had the night before we were craving for decent breakfast and were not too keen on cooking in the parking lot. So naturally, after spotting Ali’s place and reading all about their praised coffee and pancakes with maple syrup, bacon and fried banana we were sold and couldn’t resist it any longer. There’s nothing much to tell I guess, but those pancakes were some of the best ones we’ve had so far all around New Zealand and the flat whites were pretty good too. So if you’re looking for a breakfast place with the cozy atmosphere when in Greymouth, I can vouch for Ali’s Eating & Drinking. 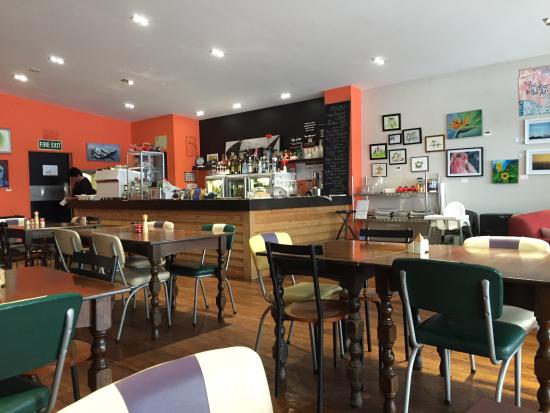 This photo of Ali’s Eating & Drinking is courtesy of TripAdvisor

Anyway, Greymouth is not a place that would keep you for long, so after satisfying our cravings for pancakes we left the town for one last stop on the West Coast to see the emerald blue waters of the Hokitika Gorge. 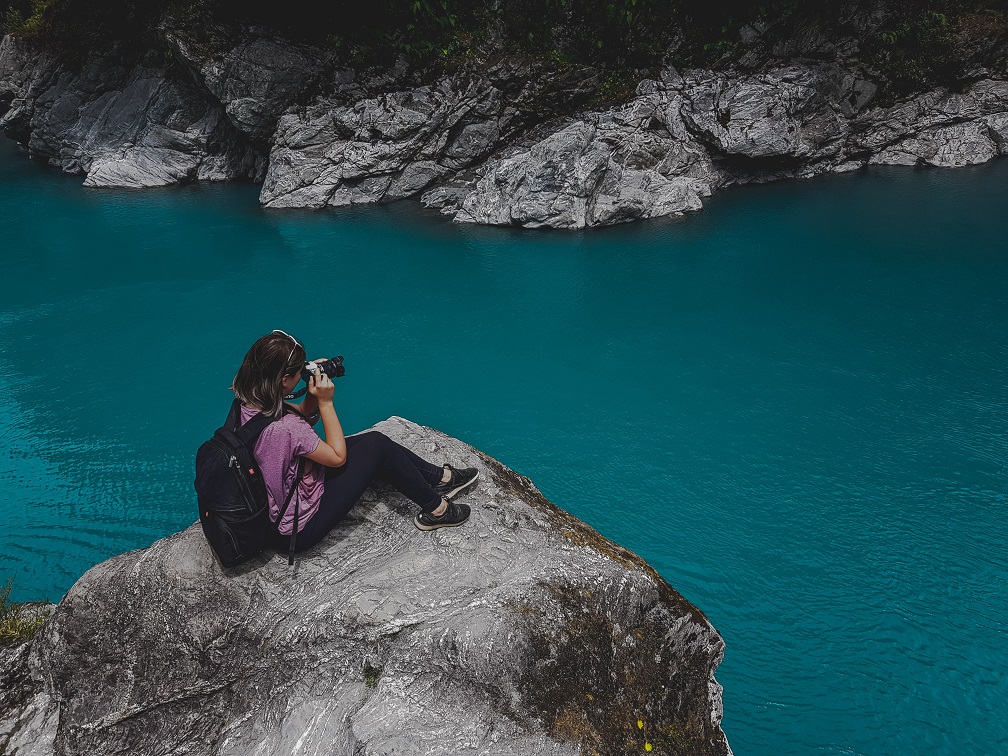 Trying to capture all the blueness of the water

You will find Hokitika Gorge Scenic Reserve 33km east of Hokitika. It is quite a popular tourist attraction and is relatively busy most of the time, so if you’re scouting for obscure destinations this is not one of them. However, the blue-green waters of the Hokitika river is a sight to be seen and since the walk takes you only around 15min it is for sure worth a stop if you’re around. Some of the adventurers here even take a swim on hot summer days, though I personally prefer less crowded locations for that. Just keep in mind that extensive rainfall causes the river to turn grey, so there’s no point in going during and just after the heavy rains. Even though we were lucky this time to admire the beautiful color of the river, our friends were not so lucky when we came back with them a few weeks later as it was right after the storms that made the water grey and muddy. 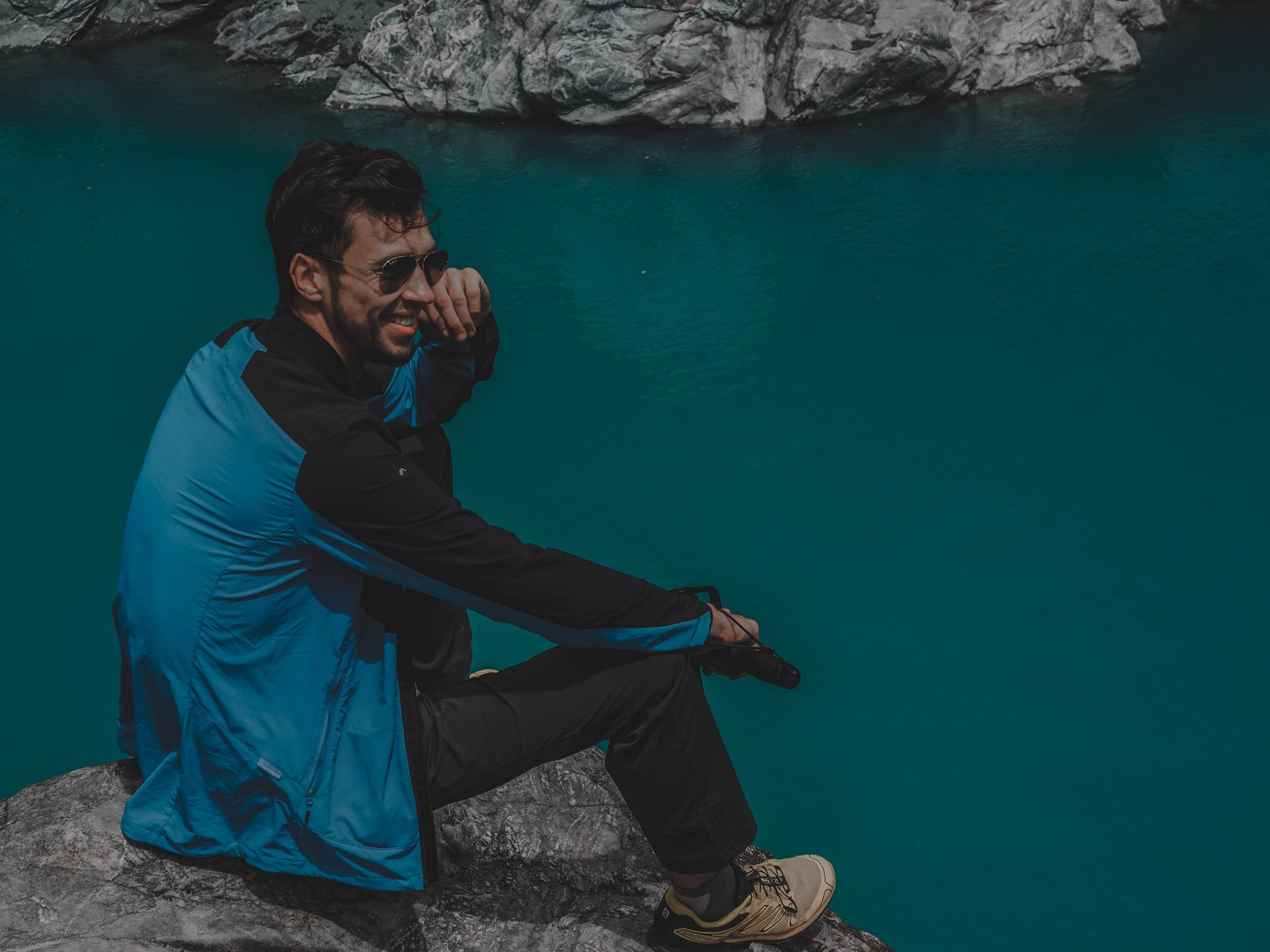 So this was our last stop on the West Coast and we finally turned towards what our hearts were longing for all this time as the road led us to the Arthur’s Pass – the great mountains of New Zealand. But more about it next time with our story of the ring.

The magnificent Arthur’s Pass engagement or the story of the Ring, my precious