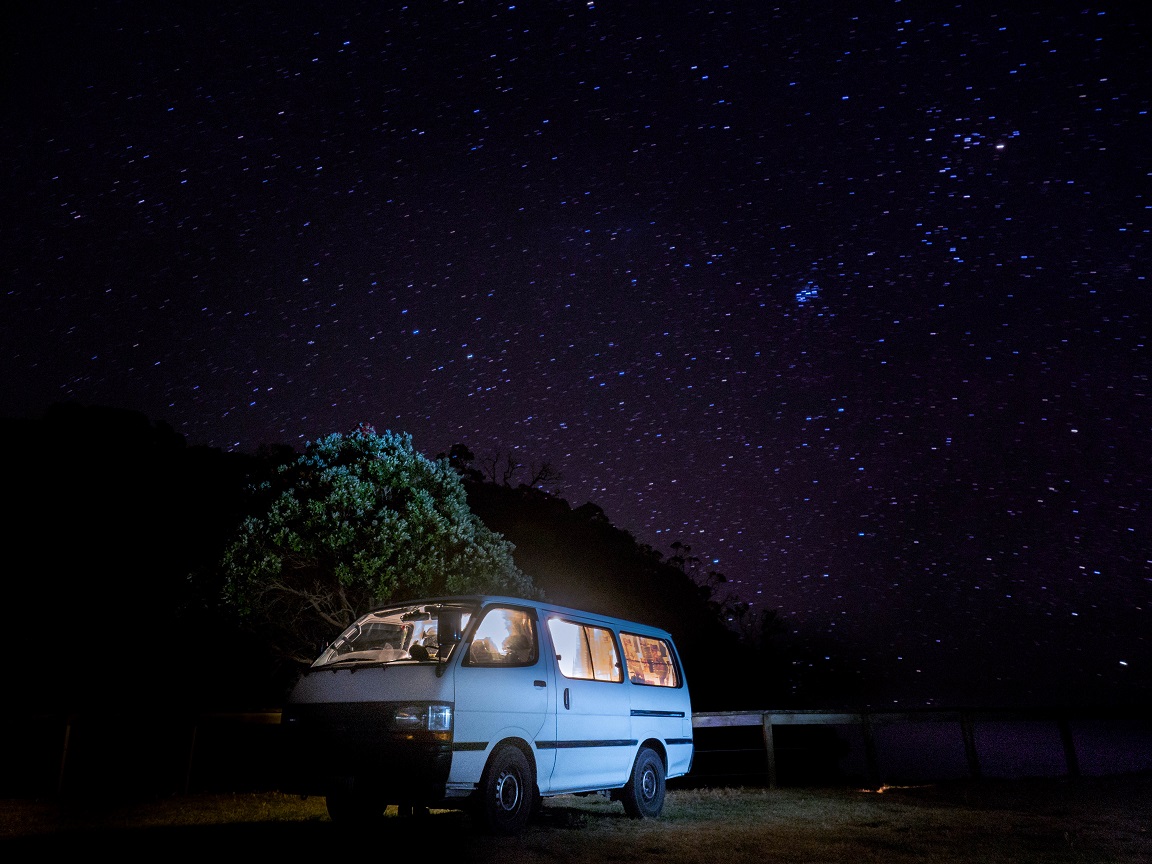 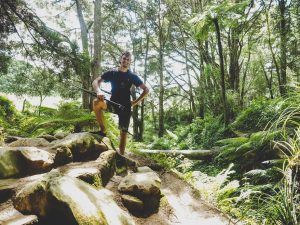 Al is ready for some caving.

No need to get too excited, though. It has actually been a while since I wrote, and we do have quite a bit of catching up to do. Just to sum it up quite shortly – there was quite a lot of more beautiful beaches, stars, glowworms, caves, dunes and plenty of New Zealand adventures. 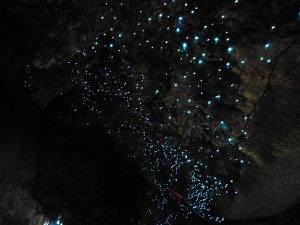 After leaving the Uretiti beach on 13th December we headed straight for Waipu caves – one of the few still free and non-commercialized glowworm caves in New Zealand. As we got there right before the noon, it was already getting a bit busy, but we managed to have some moments to enjoy the beauty of the caves all on our own.

In fact, I was extremely excited as visiting glowworm caves has been one of my long-time dreams and I couldn’t wait to get out my Olympus OMD EM5 Mark II and test out the long exposure settings (I’m loving this camera, so if anyone is interested in buying one, I’ve added an affiliate link to Amazon). I haven’t really done much of it before and this seemed like a perfect setting. I was preparing for this, so already had the settings figured out (or I thought so) and brought my tripod ready to take impressive long exposure shots. Well, little did I know my plan was ruined – when I set out the tripod, I realized I had lost the plate for fixing my camera on the tripod (and anyone who’s into night photography will know that without a tripod and steady grounds you won’t manage any decent shots). So, to my disappointment, I had to leave without the pictures. 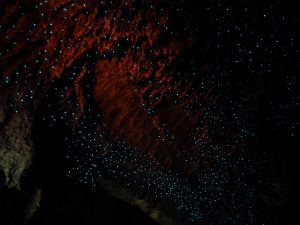 Well, almost disappointment, as the caves were stunning, and the glowworms were definitely worth the wait. Lucky for me, the plate was once again discovered in the van and since the route to the cave was rather a short one (really short – as in 5 min.), I did not hesitate to embark on my pursuit for glowworms’ shots. Meanwhile, Algirdas went on an adventure of his own – an adrenalin-pumping run through the slippery cave rocks with a GoPro mounted to his chest. 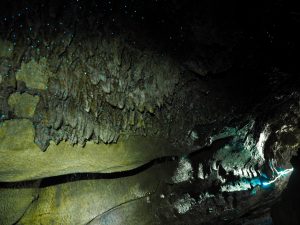 Despite our best efforts to get the best visual materials, we both failed terribly. At least we enjoyed our attempts and adventures a lot. Algirdas’ footage was ruined due to GoPro poor performance in low light as well as due to him moving slightly to fast. While my photos failed for all the different reasons, but I was yet to discover those later that night. Though, I remember thinking it was rather odd that to get just a slightly more exposed picture it took me nearly 2 minutes of exposure. 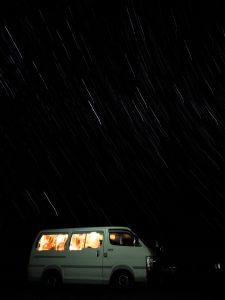 Somehow those stars are not appearing in the picture?

After the caves we headed through Whangarei to Otamure beach, where once again we got to enjoy yet another dinner at the beachfront, flying the drone and stargazing. Since this was a perfect starry sky and a place with very few mosquitoes, and since I was still excited from the glowworms shooting and obsessed with my camera, it is obvious I couldn’t miss this opportunity to do some astrophotography and test out my camera and lens performance. 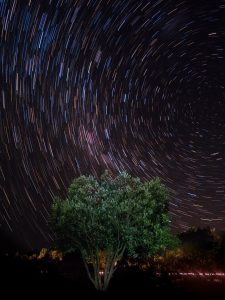 Startrails in the sky after finding my mistake

No matter how hard I tried, pictures looked nothing like the amazing sky above my head. So after few hours of counting shooting stars (by the way, counted 47 that night) and snapping pictures (well, waiting more likely for 40 min live composition exposure just to take one), I was ready to give up and head to the bed. 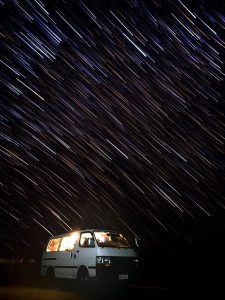 That is when it hit me…. How stupid I’ve been all this time, adjusting all the fancy settings, modes, and everything but forgetting one little and yet so huge thing. Do you already know what it was? I bet you do. So, yes, dear Ruta, it is not that your camera is bad or your lens not fast enough, but you are simply a terrible photographer, who did forget to adjust the ISO settings and was shooting with ISO 100 in the dark. So even with minutes of exposure and aperture set at 2.8, I was getting nothing – black sky (or dark caves if you remember mentioning the caves also failed). 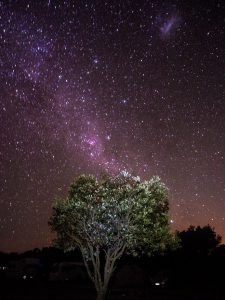 Pure astrolove – how can you go to bed when that’s the sky above?

After changing the ISO, I did not become any better of the photographer (but it is a learning process) but decided to spend another few hours taking pictures and just enjoy the stars and a peaceful night sky filled with the sounds of kiwi birds in a distance. Anyways, how can you even fall asleep knowing this is the sky you are going to miss out on? 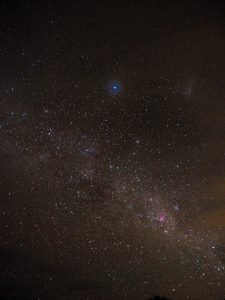 Next off, we’re going to The Farm!

Life is a beach in New Zealand